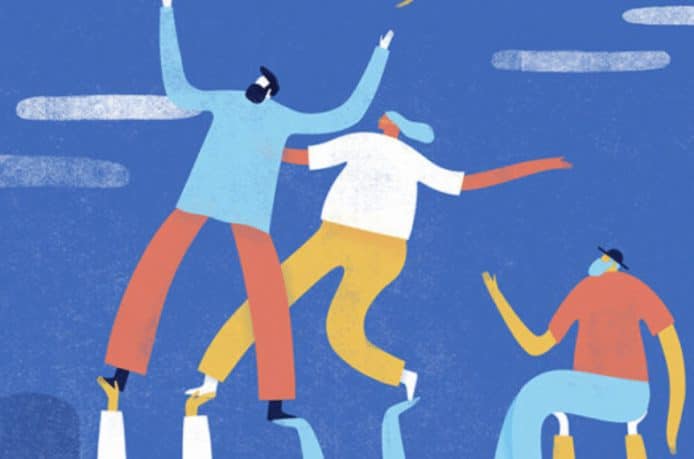 Human history is filled with accounts of great and terrible leaders.  Regardless of their approach, all leaders share an ability to galvanise and lead a group, a campaign, a movement or a nation towards a shared goal, ideology, or achievement.

The search for the characteristics or traits of leaders has continued for centuries. Early philosophical writings such as Plato‘s Republic and Plutarch’s Parallel Lives, explored the hallmarks of just, social leadership and man’s vices and virtues.  Machiavelli’s The Prince, and Shakespeare’s Macbeth explored the darker sides of ambition in the 16th Century.  And the 20thand 21stcenturies have delivered mountains of leadership self-help books (50,000 and counting) from household names such as Stephen R Covey (The 7 Habits Of Highly Effective People), Sheryl Sandberg (Lean In: Women, Work, and the Will to Lead), and Simon Sinek (Start with Why).

The Business of Leadership

Unlike earlier centuries where leadership largely sat within a political or social context, today’s business environment delivers the opportunity – and the necessity – for leadership within every company and team. Until very recently, most of this leadership coaching has focused on strong aptitudes and attitudes that constitute a leader: assertiveness, organisational skills, decision making abilities, charisma, honesty, hope, bravery, industry, and teamwork.[79]  Leaders in business schools, organizations and in politics were taught to lead with their heads and not with their hearts. They were expected to be strategic, rational, tough, bottom-line businesspeople who focus on results. Recently, a very different kind of leader has emerged that demonstrates a subtle, yet significant, shift in leadership styles. The workplace and the work we do is changing rapidly and the Digital Revolution has brought about a shift from transactional to relational interactions. These shifting economic and social values demand a new style of leader—one that exhibits kindness, compassion and empathy.

The Character of a Leader

James Strock, in his award-winning book, Serve to Lead: 21st Century Leaders, encapsulates this shift: “Today, the only effective leadership is serving others. It’s no longer optional. It’s the essence of twenty-first century leadership.”  For Strock, there is a clear dichotomy between 20thand 21stcentury leadership:

One of the most prominent proponents of this new age of enlightened leadership is research professor, speaker and best-selling author Brene Brown.  She has spent 20 years studying courage, vulnerability, shame, and empathy, and believes “the future of leadership belongs to the brave“.  Her latest book, “Dare to Lead”, is a playbook for developing brave leaders and courageous cultures.  In it, she sets out four pillars of courageous leadership:

Closer to home, Christina Boedker of the Australian School of Business published a research study in 2011 (Leadership, Culture and Management Practices of High Performing Workplaces in Australia) on the link between leadership and organizational performance.  After evaluating data from more than 5600 people in 77 organizations she concluded that, out of all the various elements in a business, the ability of a leader to be empathetic and compassionate, “to understand people’s motivators, hopes and difficulties and to create the right support mechanism to allow people to be as good as they can be,” had the greatest correlation with profitability and productivity.  Boedker’s research was consistent with that of Geoff Aigner, Director of Social Leadership Australia and on the faculty of the Australian School of Business. In his 2012 book, Leadership Beyond Good Intentions: What It Takes To Really Make a Difference, he contends that good management is ultimately an act of empathy and compassion. Further research supports this paradox.  William Baker and Michael O’Malley, authors of Leading With Kindness, argue that the practice of kindness in corporations has a positive impact on bottom-line business results. They argue that a management style, which could be called transformational, that has these traits—compassion, empathy, integrity, gratitude, authenticity, humility and humor—improves employee performance and employee retention.

Moving from Good to Great

This theory of humble and compassionate leadership builds upon the earlier work by author and leadership expert Jim Collins in his popular book, “From Good to Great“.  In a well-respected 2001 Harvard Business Review article, Collins created the concept of Level 5 leadership after looking at 1,435 companies, and identifying only 11 truly great ones. These 11 companies were all headed by what Collins called “Level 5 Leaders” who exhibited “extreme personal humility [that] blends paradoxically with intense professional will”. Collins paints a compelling and counterintuitive portrait of the skills and personality traits necessary for effective leadership.  He found that these leaders have humility, and they don’t seek success for their own glory; rather, success is necessary so that the team and organization can thrive. Collins also says that they’re often shy, but fearless when it comes to making decisions, especially ones that most other people consider risky.  They had a unique combination of fierce resolve and humility. They were the first to own up to mistakes, and the last to take credit for success. Thankfully, Collins signposts how to become such a leader:

The Culture of Leadership

The second tenant of 21st Century leadership is the ability to engage and empower others.  Effective and empathetic leadership, applied within a team context, creates a compassionate and cohesive workplace culture.  Emma Seppälä Ph.D., science director of Stanford University’s Center for Compassion and Altruism Research and Education, has written extensively about the value of having compassionate leaders in our organizations. “We are particularly sensitive to signs of trustworthiness in our leaders.  Servant leadership, for example, which is characterized by authenticity and values-based leadership, yields more positive and constructive behavior in employees and greater feelings of hope and trust in both the leader and the organization. In turn, trust in a leader improves employee performance.” A 2011 study of 6,731 managers from 38 countries by the Center for Creative Leadership also uncovered strong performances by empathetic bosses, saying they ” effectively build and maintain relationships.” According to  Adam Waytz, an empathy researcher and associate professor at Northwestern University’s Kellogg School of Management, contemporary workers “want a sense of connection,” which empathetic managers offer. And empathy boosts corporate results. In 2015, the Global Empathy Index study assessed 160 businesses on factors such as how well those companies treat workers and communicate with customers.  Significantly, the top 10 companies generated 50% more net income per employee than the bottom 10.

The Benefit of a Co-Pilot

The third thing we are noticing about leadership today, is the phenomenon of co‐CEOs within publicly traded firms. Although plenty of small businesses and medium enterprises thrive under dual leadership, shared executive leadership for prominent companies has not been widespread. Recently, however, several prominent public firms such as JP Morgan Chase, Oracle, WeWork, Salesforce, and Deutsche Bank have announced dual CEO’s.  Samsung even has three of them. Joseph L. Bower, a management professor at Harvard Business School, and author of “The CEO Within,” thinks that co-CEOs can better lead certain companies, saying “it increases the range of talents in the box. A visionary can be complemented by a hands-on operator.” This year Matteo Arena of Marquette University examined the phenomenon of co‐CEOs within publicly traded firms in “It Takes Two: The Incidence and Effectiveness of Co‐CEOs”.  An event study indicated that the market reacts positively to appointments of co‐CEOs while a propensity score analysis showed that the presence of co‐CEOs increases firm valuation.  This was supported by a published study by Arena et al. (2011) that empirically examined co-CEOs.  They found that investors reacted positively to the announcement of the creation of co-CEO leadership structures, and that firms with co-CEOs exhibited higher market valuations than a matched sample of firms with only one CEO. While there are relatively few longitudinal studies looking at the efficacy of co-CEO models of leadership, there are logical reasons why this approach would be effective:

Caution must be exercised with this model though.  Dual leadership could create problems with clients and staff who may be confused about who to consult about a major decision. Further, when two people are working in a fast-paced environment and need to make decisions quickly, having to check in with another person can make an organization less nimble.  Co-CEO roles aren’t easy, but they can make a big job more manageable and provide additional skills and insight. Consider this option carefully and ensure the details—including what to do if it doesn’t succeed—are worked out from the start.

Successful leadership is not a power pyramid or hierarchy – it is more like a circle with a central leader (or leadership partnership) at the nucleus.  Strong leadership represents is a combination of setting the destination, care-taking and clocking the pace of the team, and discipline when needed.  Ideally the leader has a ‘helper’ or mate who has the leader’s back and enhances their effectiveness through the team.  If you want to become a better leader tomorrow than today you must improve yourself today with updated 21st century leadership principles and practices.  There is a need for humane leadership and ‘soft’ skills such as empathy, compassion and service. To conclude, leadership has been shifting from good to great in 21st century.