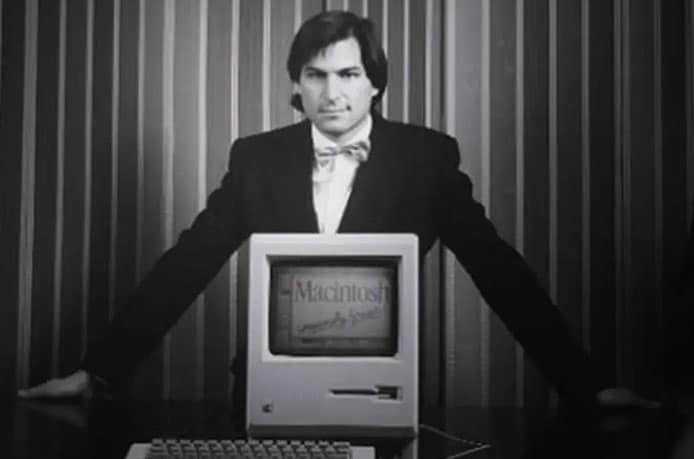 Innovation has nothing to do with how many [Research & Development] dollars you have. When Apple came up with the Mac, IBM was spending at least 100 times more on R & D. It’s not about money. It’s about the people you have, how you’re led, and how much you get it.

Innovation is much more than a buzzword. While almost all business people would argue for its importance, there is no clear consensus on what innovation actually is (a summary search on Amazon yields more than 40,000 books). The Oxford dictionary isn’t much help either, defining innovation as “Mak[ing] changes in something established, especially by introducing new methods, ideas, or products.”

Despite what people often assume, innovation is nothing new. In recent years, particularly given the spectacular rise of the tech sector, innovation has become synonymous with SiliconValley and the industry-wide disruption it has catalysed. But if your concept of an innovator is restricted to white guys living in Northern California, it’s time to hit the history books: true innovation mirrors the arc of human endeavour and in the annals of innovation, the all-stars are impossibly diverse: Thomas Edison, Johannes Gutenberg, Hedy Lamarr, Leonardo da Vinci, The Medici, Steve Jobs, and Marie Curie to name but a few.

In practice, there is no straightforward playbook for innovation. In business nothing grows forever and the best products, markets and business models go through a predictable cycle of growth and maturity, often characterised as an S-curve. That’s where innovation comes in. Unfortunately, once the reality of the S-curve becomes apparent, it may be too late for growth companies to design the next strategy. Steve Jobs understood this when he returned to Apple. In 2002, he tasked his company with stepping out of the mature computer industry where now-iconic Apple had never achieved much more than 10 percent market share. He told Time Magazine in 2002, “I would rather compete with Sony than … Microsoft.”

How do we innovate?

Perhaps one thing most of the experts agree on is that innovation is far from easy. It was Thomas Edison, inventor of the light bulb and the phonograph, who famously stated: Genius is 1 percent inspiration, 99 percent perspiration.”  Innovative entrepreneurship is not a genetic predisposition, it is an active often lifetime, endeavour and while innovative thinking may be innate to some, it can also be developed and strengthened through practice, curiosity, ‘play’ and determination.

Popular culture is obsessed with humans of singular genius; those individuals who can and do change the world through the strength of sheer personality. Even though we love a savant par excellence, it’s important for institutions to weave innovative thinking into all elements of a business’ fabric as well as their workforce. With this in mind, cognitive diversity has become a key concern when it comes to human resources. With big organisations in particular, leaders have a tendency to hire others that think like them, yet research into cognitive diversity illustrates the significant benefits that arise from taking a more atypical approach. Innovation and creativity author Dr Min Basadur has found heterogeneous teams perform more innovatively than homogeneous teams. Researcher Brian Uzzi, a professor at the Northwestern University Kellogg School of Management, analysed more than 26 million scientific papers going back hundreds of years and found that the most successful papers often have teams with unorthodox backgrounds. It is vital that business leaders foster an environment where innovation is a natural part of company culture.

It’s without question that the best growth companies instill a culture of innovation. Amazon founder Jeff Bezos has publicly stated that he cares less about profitability and more about planting ‘seeds’ that are likely to pay off in the midterm. Good leaders who are able to innovate adeptly know that time needs to be set aside where good ideas can coalesce and face a rigorous questioning process. Bezos has said: I encourage our employees to go down blind alleys and experiment. If we can get processes decentralised so that we can do a lot of experiments without it being very costly, we’ll get a lot more innovation.”

The DNA of an innovator

Recently there have been manifold studies – many in twins – regarding intelligence and genetic predisposition to creativity and innovation. The results are interesting and indicate that good innovation requires more than than the cognitive skill of being right-brained. True innovators, by contrast, engage both sides of the brain as they leverage the critical discovery skills necessary to create new ideas.

Many of history’s greatest innovators from Bill Gates and Steve Jobs to Leonardo da Vinci are genuine polymaths (a person of wide-ranging knowledge or learning). It’s been said that Jobs was able to generate floods of ideas as he had undertaken a deep immersion into new and unrelated things—the art of calligraphy, meditation and eastern philosophy and the design minutiae of a Mercedes-Benz vehicles, among them. For the aspiring, this means reading widely and voraciously: Bill Gates has said he rarely reads about business or technology and Warren Buffett has exhorted: “Read 500 pages every day. That’s how knowledge works. It builds up, like compound interest.”

Similarly, top innovation academics espouse ‘Living at the intersections,’ which fosters the ability to resolve competing strands of thought or the needs of two different industries. Academic and writer Michael Mauboussin, author of More Than You Know, believes breakthroughs often arise during lessons from non-obvious channels. The more diverse our experience and knowledge, the more connections the brain can make. Fresh inputs trigger new associations; for some, these lead to novel, and globally successful ideas.

Clearly innovation isn’t only the province of the small or the embryonic. If anything, large, global businesses face greater pressure to change than they ever have before. It’s no secret: innovation is difficult for well-established companies. By and large, corporations are better executors than innovators and most succeed less through game-changing creativity than by optimizing their existing businesses.

Richard N. Foster, innovation author and acclaimed Director and Senior Partner of McKinsey and Company, offered a simple but forthright directive: to outperform the market, you have to change at the pace and scale of the market without losing control. This edict definitely applies to large businesses. And history is littered with large corporations – names such as Nokia, Motorola, Blockbuster and Pan Am – that fell out of synch with their times.

But, when it comes to innovation, there’s an exception – or three – to every rule. In the past,  ambitious organisations have changed entire industries completely in the name of innovation. The case studies that spring to mind are Amazon, which started as an online bookseller and now operates across so many industries – from supermarkets to film production – that it’s breakneck innovation has become synonymous with its brand. Further back we can look at perennial innovator Virgin, which has moved from records to airplanes to broadband internet – and the list goes on.

If the innovation formula is idea + execution, big business certainly has an edge in the latter. While well-established companies have had difficulties in innovation, they are, by and large, better executors than innovators. To reference Foster’s quote above – innovation may not always need be tectonic – many larger entities succeed through optimizing their existing channels rather than implementing radical company-wide change.

If they’re committed to change, businesses both large and small, must dedicate resources for experimentation and the intensive testing of new ideas. As Edison said, “I haven’t failed. I’ve simply found 10,000 ways that do not work.” Google encourages employees to spend a day per week on new ideas. Columbia University professor Rita McGrath believes that “your first idea is wrong, so, as quickly as possible, implement a plan to learn which of your assumptions are flawed.”

The good news and the bad news? Like education, innovation has no set start and end points, particularly if a company wishes to remain relevant for generations. But there’s no denying the rise of perpetual reinvention, a pace of change the internet has accelerated to breakneck velocity. While Mark Zuckerberg’s decree ‘move fast and break things’ was oddly prophetic, his sentiments were more or less correct. Today we are facing rapid and unprecedented change across all sectors of life and industry.

By contrast to large institutions, small companies and startups, many with little or no industry experience, are able to effectively innovate without the constraints of existing products or services, systems or supply chains. What big business must learn from the startup world is fidelity to the customer. A consumer-centredapproach to innovation is widely seen as the model for modern-day innovation giving us such developments as glass-box brands, increased authenticity and transparency across supply chains (like direct-to-consumer fashion brand Everlane). In an age of social media, businesses must listen, in real time, to their clients and pivot almost contemporaneously. According to acclaimed management consultant Peter Drucker “The customer rarely buys what the business thinks it sells him… Nobody pays for a ‘product.’ What is paid for is satisfaction.”

The Future of Innovation

Even though the process of innovation goes much deeper than simply embracing the latest tech tools, there’s no question that all businesses must harness this change for their own ends. Among the prerequisites is the smart use of data, increasingly a key to business innovation. Unlike an idea that’s success is largely unknowable until its implemented, data smooth this process. Often headed by Chief Data Officers (CDO’s) the process involves identifying opportunities and threats, greater efficiencies and cost benefits and increased structural transparency.

Artificial Intelligence is, by and large, one of the largest technological advances sweeping the business world. Statistics predict that by 2020, 95 per cent of all customer interactions will be carried out by some form of AI and firms such as PwC estimate that it could add $15.7 trillion to the global economy by 2030. Ultrafast Internet and mobile networks are another huge factor as the world prepares to be transformed with the advent of 5G, making speeds of 1000 Mbsp possible on a smartphone. Businesses will be able to share data between remote facilities in near-instant fashion making the world hyperconnected like never before.

There is no recipe for the secret sauce that is innovation. In fact, it is something that will differ for every individual and organisation. Nevertheless, in a world of rapid-fire change, innovation must become a central tenet of all organisations that wish to retain relevance in a changing world. While the creative deity, a la Jobs or Gates, remain seductive, research and data suggest that the job of innovating is no longer a top-down affair, creating the need for cognitive diversity, dynamic workspaces and curious corporate culture. Ideas, and the ability to share them safely and constructively, must be woven into all components of an organisation. Finally, while some of us are more suited to the role, anyone can be an innovator. Read constantly, read widely and withhold judgement as the next big idea mar arise when you least expect it.