Thought: The New Age of Philanthropy 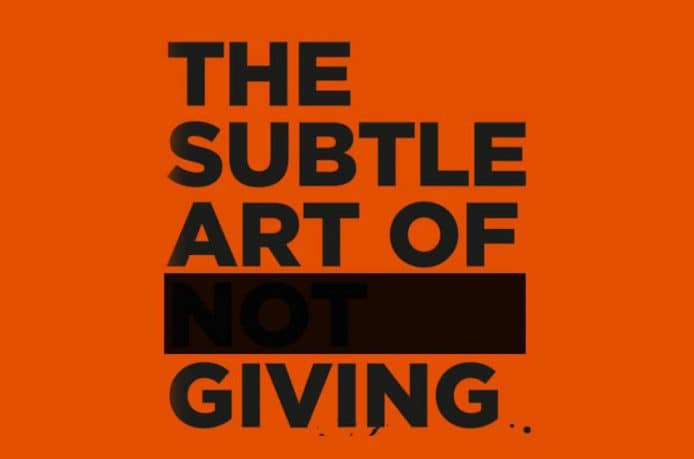 “Wealth is not new. Neither is charity. But the idea of using private wealth imaginatively, constructively and systematically to attack the fundamental problems of mankind is new.” John Gardner, the former president of the Carnegie Corporation Most ancient religions and traditions honour the concept of giving. The ancient Greeks considered philanthropy fundamental to democracy, Chinese classical thought exalted the virtue of benevolence, and Hindu scriptures called giving an imperative duty.

The sacred texts of Judaism, Christianity, and Islam called upon believers to care for those in need and give a portion of earnings to such work. In the ancient civilizations of sub-Saharan Africa, reciprocity and kindness to others were paramount and Native Americans practiced giving to promote balance and harmony. Building upon these principles of compassion and charity, philanthropy is “the practice of organized and systematic giving to improve the quality of human life through the promotion of welfare and social change” (National Philanthropic Trust 2016). Where charity is focused primarily on rescue and relief, philanthropy describes a much more long-term, strategic focus on lasting (and often large-scale) change or initiatives.

Another way to consider the distinction is that charity focuses on eliminating the sufferingcaused by social problems, while philanthropyfocuses on eliminating the social problems themselves. Philanthropy has never been so important. We are living in a time of increasing social need combined with the greatest inequality in global wealth for 100 years (CaF, 2013, World Giving Index). According to research by Credit Suisse (Global wealth report, 2018), the world’s richest 1 percent, those with more than $1 million, own half of the world’s wealth. Thankfully, a new wave of philanthropists are doing more than just giving away money. They are using their resources, but also their sphere of influence, their personal and professional skills, their inherited legacy, and their sharp business acumen to give with impact.

The Emergence of Modern Philanthropy

As a vehicle for giving, the private philanthropic foundation is considered to have its origins in the early 20thcentury when Scottish-American industrialist and business magnate Andrew Carnegie made a donation of $125 million via the Carnegie Corporation. In total, and adjusted for inflation, Carnegie’s donations exceed $9.5 billion. He built thousands of lending libraries, founded universities and established charitable organizations that have survived, and thrive, today. Setting the tone for judicious philanthropy, he is also famed for remarking that “it is more difficult to give money away intelligently than to earn it in the first place.” This legacy of significant giving lives on today with some of the world’s richest individuals.

Through their eponymous Foundation, Bill and Melinda Gates have donated more than $36 billion to charitable causes, with a focus on global health, education, and poverty. Billionaire business mogul Warren Buffett has famously pledged to give away 99 percent of his personal fortune, and in 2015 Facebook CEO Mark Zuckerberg and his wife Priscilla vowed to give away 99 percent of their Facebook shares (then valued at $45 billion) in the course of their lifetimes. These high-profile cases from some of the world’s wealthiest people are admirable, and critical in supporting the work of governments and Not-For-Profit organisations to improve life expectancy and quality of life across the globe.

We are, however, experiencing an increasing ‘democratisation’ of philanthropy where contributing to the inequality and injustice of our time is considered ‘everyone’s business’, not just the wealthiest. Disenfranchised by the perception that governments and institutions not doing enough, mobilised by technology and newfound connectivity, and galvanised by the enduring belief in the power of both the individual and the collective, today’s next generation philanthropists are drawing on best practice from the private sector and the innovations of technology to tackle some of the intractable wicked problems of our era.

The Distribution of Current Giving

According to Giving Australia 2016, in 2015-16 Australian businesses gave $17.5 billion, which comprised $7.7 billion in community partnerships, $6.2 billion in donations, and $3.6 billion in non-commercial sponsorships. Even though they make up only 0.2% of Australia’s business population, larger businesses are more likely to give and in greater amounts than small businesses so that the overall monetary contribution is almost equal. The Giving Australia 2016 report also estimates that, in 2015-16, 14.9 million Australian adults (80.8% of the population) gave $12.5 billion to the 51,000 individual charities registered with the Australian Charities and Not-for-profits Commission. The average donation was $764.08 and the median donation was $200. Religious giving, international giving and health were the three most popular causes (in that order)[1].

A subsequent report by Koda Capital (A Snapshot of Australian Giving, 2018) shows that the traditional fundraising charity model is facing multiple threats. Australians are becoming less charitable and less trusting of charities (with 14% expressing ‘outright distrust’), despite 3,000 new charities joining the sector every year. Compared with 10 years ago, a smaller proportion of Australians are giving, but they are giving larger amounts. With traditional charities struggling to attract support from expect from everyday Australians, the contribution of private philanthropy is becoming increasingly important.

A small cohort of wealthy Australians are giving large amounts through the almost 3,000 registered philanthropic organisations. The two most common forms are Private Ancillary Funds (PAF) and Public Ancillary Funds (PuAF). Giving Australia 2016 reveals that PuAFs distributed $394.14 million to Australian charities in 2015-16, and PAFs distributed over $450 million in the same period. This figure has tripled in the space of six years, and the number of PAFs in existence is increasing by 8% per annum. This reflects what is a global phenomenon, with nearly three-quarters of the 260,000 registered philanthropic foundations established in the last 25 years.

The Evolution of the Philanthropic Sector

The current global foundation sector is not only young, but highly sophisticated. Still remaining true to the generous philanthropic traditions of the past, philanthropy today is more organized, strategic, and global than ever before. Around the world, relatively recent global economic growth has led to the accumulation of substantial private wealth, a prerequisite of a robust philanthropic sector. Global high net worth individual (HNWI) wealth has increased almost fourfold in the last 20 years and now totals almost 60 trillion dollars. This set of newly wealthy individuals and corporations have greater resources, power, position and prerogative to participate in the solution. Their approach to philanthropy mirrors the rigour, structure, and expectations of investment return of the for-profit world that they have either come from or still participate in, giving rise to the term philanthrocapitalism, or ‘impact investment’. These philanthropists are not just generous benefactors, but strategic investors.

Impact investing gives people the chance to advance their financial andphilanthropic goals by investing in projects or companies that generate a positive social return in addition to a financial one. They subject their beneficiaries to the same rigorous vetting process as an investor seeking to make profit, or establish their own foundation to outwork and amplify their social investments. This reflects the growing belief that institutional philanthropy can encourage more strategic investment approaches, facilitate collaboration, serve as a role model for others, and have greater impact on the economic and social challenges being addressed. Hand-in-hand with the practice of strategic investment, is the discipline of evaluating and measuring program outcomes.

In this, technology and deep data have revolutionized the process and allow detailed and timely evaluation of program efficacy. Technology is also used to greatly amplify the effect and reach of a program, creating efficiencies and forming a critical part of the solution. Take the $100 million education fund launched by Netflix founder Reed Hastings, which has supported the development of a range of innovative approaches to improving education, such as the Knowledge is Power Program (KIPP), a national network of charter schools. KIPP has rigorously assessed efforts such as ways to better integrate technology into classrooms and is now sharing lessons learned with the public education sector.

Or Australia’s own Goodstart Early Learning, formed after a syndication of charities comprising The Benevolent Society, Social Ventures Australia, Mission Australia and the Brotherhood of St Laurence bought out ABC Learning Centres when they went into voluntary liquidation in 2008. Bolstered by a $15 million contributed by the Australian Federal Government] as a medium-term loan, Goodstart is a not-for-profit but is ranked at 454 out of the top 2,000 companies in Australia, and generated more than $900,000,000 total revenue in 2016. These examples reveal the significant shift in belief that it is not solely the government’s responsibility to provide social services, address societal challenges, and generally provide for the welfare of its citizens.

In part, generational shifts are driving the transformation of philanthropy, with Fidelity Charitable reporting in its “The Future of Philanthropy” 2017 report that millennials approach philanthropy with a “more global, social and inclusive outlook and express more optimism about philanthropy’s ability to impact the issues most important to them”.

Giving today is increasingly an active assignment than a passive contribution. In Australia, philanthropy has come of age. It is growing, both in terms of the amount given and the number of givers entering the arena. Whereas philanthropy was once considered the exclusive domain of retired industry titans and billionaires, the rise of technology that connects people to causes and a growing desire to support positive social change, particularly among younger generations, has democratised philanthropy like never before.   [1]The Australian Centre for Philanthropy and Nonprofit Studies report – An Examination of Tax-Deductible Donations Made by Individual Australian Taxpayers in 2015-16