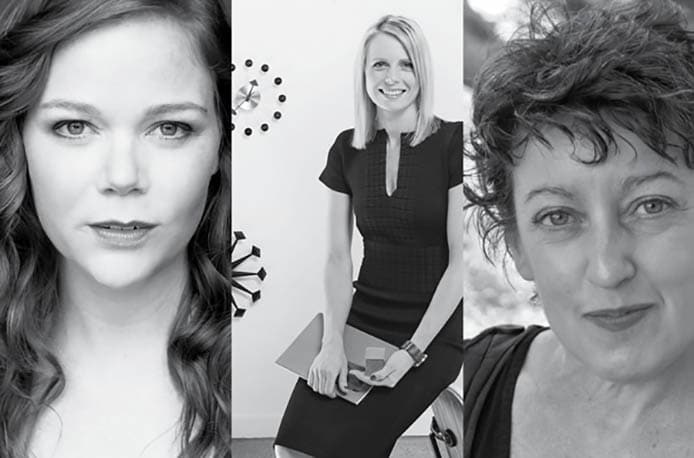 This year Australia celebrates the 50-year anniversary of the abolition of the marriage bar which, until 1966, obliged single working women to resign when they married. For Insight by The Office Space in March, we have compiled a roster of remarkable women in business to share their challenges and their successes with us. Held for the first time in 2015, in the second edition of Women in Business our speakers will discuss their experience, their career and their own personal perspectives on parity, stereotypes and impetus for change from within different sectors of the business world.

This month’s speakers are:

Melinda Dransfield
Melinda Dransfield is a uniquely skilled woman with finely honed experience within the performing arts arena. Her breadth of experience has seen her dazzle in front of stage lights and operate seamlessly behind them; coaching professionals in the art of successful speaking.

She graduated from The Western Australian Academy of Performing Arts firstly in Stage Management in 1997 and in Acting in 2005, which she put herself through by making wedding dresses (which she’d never do again!). She then went on to study at the Atlantic Theatre in New York in 2011.

Melinda has worked as an actor and voice artist throughout Australia, has produced her own theatre work and managed touring productions. Adding another string to her bow, she has taught at NIDA and the Australian Theatre for Young People, developing insightful content and workshops to engage individuals aged 5 – 75, and has worked at the Sydney Opera House as a Senior Stage Manager for the last 5 years In recent years Melinda founded The Art of Speaking, a communications and speech training company to best position professionals to get the most successful outcomes for their businesses. Whether preparing for a job interview or presenting a new vision for a brand, Melinda sees clear, confident and authentic communication as being paramount to defining who professionals and their businesses are, and believes everyone has the capacity to perform strongly provided they are equipped with the right tools.

Jo Mawhinney
Jo Mawhinney sits on the management board and heads up the retail division of Living Edge, taking care of the sourcing and buying of all residential furniture as well as managing four bricks and mortar stores, and their staff.

Her role with Living Edge has taken her all over the world, including nine trips to Milan to attend Salone del Mobile, along with other buying trips to London, New York and Europe.  Much of her role involves predicting trends and themes in furniture design, and interpreting them for the Australian market. Jo’s career actually started in nursing, followed by a stint studying landscape design where she first discovered her love of interior design – taking up a role as a Residential Sales Consultant at Living Edge’s original flagship in Melbourne.

Jo was quickly identified as a star-performer and rose through the ranks to her current role, via a stint working for competitor, SPACE – before taking on her National leadership role with Living Edge.

Mary Moran
Executive Director, Policy Cures MBBS (Bachelor of Medicine, Bachelor of Surgery, Hons); Grad Dip FAT (Foreign Affairs and Trade) Mary has had a zigzag career, beginning her working life as an Emergency Medicine doctor, before moving to the Department of Foreign Affairs & Trade as a diplomat and policy analyst.

In 2001, Mary became Director of Medecins Sans Frontieres’ Access to Essential Medicines Campaign in Australia, with subsequent stints with MSF in Holland, Paris and London, also working on access to medicines for neglected patients in the developing world. In 2004, Mary founded her own analytical group at the London School of Economics, later moving it to Sydney where it became Policy Cures.

Policy Cures works chiefly for the Bill & Melinda Gates Foundation, but other clients include the World Health Organisation, the Wellcome Trust and other organisations striving to make new medicines for AIDS, TB, malaria, sleeping sickness and other diseases barely known in the West.

Mary is an Honorary Senior Lecturer at the London School of Hygiene and Tropical Medicine, and an Expert Adviser to the World Health Organisation, European Commission, International AIDS Vaccine Initiative, Global Alliance for Vaccines and Immunisation (GAVI), OECD and the Wellcome Trust.

Policy Cures Policy Cures is an independent group that provides research, information, decision-making tools and strategic analysis for those involved in the creation of new pharmaceuticals for neglected diseases. Their mission is to provide innovative ideas and accurate analysis to accelerate development and uptake of new drugs, vaccines, diagnostics and other products for diseases of the developing world. Insight by The Office Space is a monthly talk series hosted at the Golden Age Cinema within Paramount House in Surry Hills.

Each month, The Office Space selects and invites three inspiring entrepreneurs across various fields including commerce, design and technology to discuss the evolution of their business strategies and brand under a common theme. The objective is to introduce those attending to a broader professional community, and ideally engage and inform them of unique and diverse approaches to business, from a set of leaders in the field.

Insight by The Office Space in 2016 will cover a diverse, exciting range of topics, and will be partnering with great events like Vivid Ideas 2016. Stay tuned.

Tickets: $25 (includes drink on arrival and a selection of canapes by the Golden Age Bar).

Get your ticket today at: http://ourgoldenage.com.au/film/insight-by-the-office-space-3/