Trend: 3 Innovators Across Time and What We Can Learn from Them 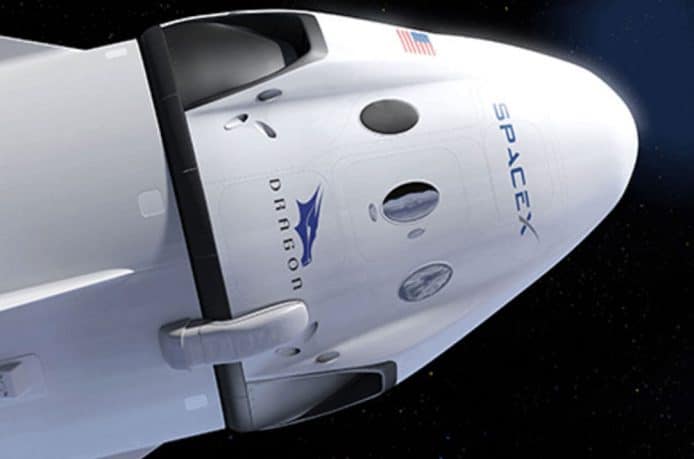 Human history is made up of many disruptors. Before the term ‘disruption’ was applied to business or marketing strategy, singular inventors, creatives, artists, scientists, and pioneering thinkers were dislodging all that came before in order to carve out something entirely new. A way forward, stretching the limits of possibility, shifting the fabric of doubt by just changing the status quo. Stars as bright as, say, Da Vinci may only come around once—but their impact is felt throughout the ages, and there’s still so much we can learn from their life’s work. Innovators know no bounds, ‘no’ means little to them, and realising their vision consumes them. Here are just three true innovators for whom ‘the sky’s the limit’ means or meant very little.

AN INNOVATOR THE 21ST CENTURY NEEDS: ELON MUSK For some, the founder, CEO and CTO of SpaceX may be equally as otherworldly and visionary as Da Vinci himself. Musk has worked within the innovation sector of the tech world since the mid-90s, and was a part of PayPal’s rise to global conquest. Now though, Musk has set his sights on bringing science fiction to reality: a ‘multiplanetary’ existence for humanity, beginning with the establishment of a Martian colony. Perhaps what’s especially endearing about Musk’s limitless approach to innovation is his sheer dedication to humanity. He’s not innovating for innovation’s sake, or recreating a sort of space race to reveal the power of technology, but rather seeking to better the world (and “reduce the risk of human extinction”). Musk has applied his vision and resources where it’s most needed—like reducing global warming via sustainable energy production and consumption. This week, Tesla held a little party in South Australia to celebrate the halfway point in creating the world’s largest battery, which will soon power the state—a promise Musk made over Twitter, and is keeping. He seems to be utterly dedicated, and unwilling to accept the world’s limitations. “It’s not just talk. It’s reality,” he said.

A MUSICIAN THAT CHANGED THE WORLD: MICHAEL JACKSON Michael Jackson may not have been meticulously planning the future of the human race and the science to support it—but he did quietly shift the world around him while writing some of the world’s most earth-shattering pop music. Whether or not you are a besotted fan, or if the celebrity of Michael Jackson, and his occasionally confounding personal life and continuous after-death album releases affect or annoy you—it’s undeniable that he was an exceptionally rare talent with a mind to shift the industry—and the world—he inhabited. Writing on music’s most ground-breaking individuals across time, Rolling Stone said ‘it’s hard to imagine the present-day musical landscape without Thriller, which changed the game both sonically and market-wise.’ In just over a year, Thriller became—and currently remains—the world’s best-selling album, with estimated sales of 66 million copies. When Jackson and producer Quincy Jones were first ideating Thriller, they had immense ambition for what the album might be—not unlike Musk’s dream of colonising Mars. They wanted to create an album that would appeal to fans of all genres and prove so important that the world’s prejudices would be overridden. They enlisted Eddie Van Halen to play a guitar solo in Beat It to firm up their rock credentials and Paul McCartney featured in The Girl is Mine.  Jackson blew out the format of what a pop music album could entail, and also too, the scope of a music video with his cinematic 14-minute horror clip for Thriller. Jackson’s music is transcendental; it has a global appeal. He wanted to create music that would echo throughout history, and he achieved that goal through his energy and talent, and by surrounding himself with more talent. But he also succeeded by refusing to ever be guided by genre or prejudice, by cultivating a very distinct style (or brand), and by sharing his passion endlessly.

A PAINTER WITHOUT CATEGORY: GEORGIA O’KEEFE Known as the ‘mother of American Modernism’, Georgia O’Keefe was best recognised for her paintings of oversize flowers. The movements of her creative work over a prolific lifetime are comparable to Picasso’s in many ways, and she strived to have the chance to be viewed in the same light, uncategorised by her location, her status, or the fact that she was a woman artist. While she was the first woman to have a solo show at MOMA in New York City in 1946, an years later, In 2014, O’Keeffe’s 1932 painting Jimson Weed sold for $44,405,000, more than three times the previous world auction record for any woman artist—she always refused to be pigeonholed. She saw herself simply as “one of the best artists” without category. Along with her talent and hard work, this way of thinking allowed her to surpass borders and predecessors.   Want more? Stay in touch and subscribe to our monthly newsletter here.