To Endure and Evolve 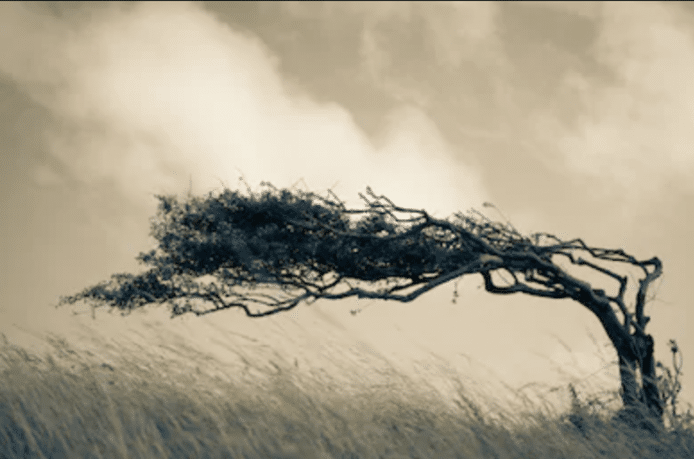 “That which does not kill us makes us stronger.”

Friedrich Nietzsche’s words have found a life well beyond that of the German philosopher, and one that is particularly resonant during these challenging times. And the good news is, it turns out Nietzsche was right.

When he wrote those words back in the late 1800s, he was referring to the concept of resilience, which Psychology Today describes as: “that ineffable quality that allows some people to be knocked down by life and come back stronger than ever. Rather than letting failure overcome them and drain their resolve, they find a way to rise from the ashes.”

Put simply, it’s the ability to bounce back.

“Bouncing back is what we do when we face disappointment, defeat, and failure, but instead of wallowing or letting things keep us down, we get back up and continue on with our lives,” observes Psychology Today.

As we grapple with Covid-19 and an attendant medical and economic crisis that is touching people everywhere, the idea of resilience – and the question of whether we can even bounce back at all in a world that may look and feel markedly different – is front of mind.

According to psychologists and medical experts, however, the prognosis is more optimistic than you might think. They say we all have a wellspring of resilience that, if we can tap it, will get us through stressful situations; trauma, sickness and yes, even a pandemic.

“Humans are a highly adaptive species — as are many others in the animal kingdom — so we’ll figure out how to get to living in a new world and be okay,” Jason Moser, PhD, associate professor of psychology and director of the Clinical Psychophysiology Lab at Michigan State University told Elemental.Medium. “If other research is any indication — from, say, active war zones, mass damage and death from natural disasters — most people will be able to move back to life pretty well. Not completely normal but adapting to the ‘new world’ well and getting on with their lives.”

FROM PAINT TO GROWTH

When it comes to resilience, studies have shown that some trauma survivors report positive changes and enhanced personal development, called post traumatic growth (PTG). PTG refers to any beneficial change resulting from a major life crisis or traumatic event, but people most commonly experience a positive shift by having a renewed appreciation for life. That can mean adopting a new world view with fresh possibilities for themselves, feeling more personal strength, feeling more satisfied spiritually, and finding their relationships improve, according to studies by the US Department of Veteran Affairs.

As Victor Frankl, the neurologist, psychiatrist, holocaust survivor and author of Man’s Search for Meaning, wrote:

“The way in which a man accepts his fate and all the suffering it entails, the way in which he takes up his cross, gives him ample opportunity – even under the most difficult circumstances to add a deeper meaning to his life.”

Take, for example, the aftermath of two historical events: the Blitzkrieg and 9/11 Survivors. In the UK in World War II, when bombings by Nazi Germany killed 43,000 civilians and wounded 139,000 in major cities, military and medical experts had predicted that the British people lacked coping skills necessary to deal with the horrors of the war. The British government undertook extensive monitoring of public morale, keeping records that were later declassified. But according to Simon Wessely, MD, a professor of psychological medicine at the Institute of Psychiatry, King’s College London, who analysed the documents: “There was no evidence of the predicted surge in psychiatric casualties.” In a 2006 talk on the subject he said:

“We have lost sight of the fact that people are rather more resilient and resourceful than we have tended to think.”

A similar phenomenon played out in the wake of the American terrorist attacks of September 11, 2001. While there was much research suggesting the attacks caused widespread PTSD beyond those immediately affected, a 2018 review of 400 such studies concluded that the presumed impact on peoples’ psychological well-being was “overstated due to a modern-day tendency to imagine the worst, particularly on matters relating to mental health.”

“This is not to say that people who experience traumatic events do not need psychological support, but we believe that it is unhelpful to categorize more people than is true with PTSD,” said the Lancet Psychiatry study’s lead author, Bill Durodie, a University of Bath professor who studies risk, resilience, and fear in society. “Those who have a more even view of the world — that is, things are generally good, but sometimes bad things happen — they tend to have the least chronic and intense response to such events.”

The American Psychology Association says the factors that contribute to resilience include the ability to make realistic plans and take action to carry them out, taking a positive view of one’s strengths and abilities and maintaining skills in communication and problem solving.

The ability to bounce back can have a host of positive benefits, including lower stress levels, improved health, better problem solving and increased productivity and importantly, it can be learned. And it’s not just extraordinary people in extraordinary situations to whom resilience applies. “Research has shown that resilience is ordinary, not extraordinary,” says the APA website. “People commonly demonstrate resilience.”

To develop resilience we need to master the ability to experience difficult and negative events while staying focused and maintaining a positive attitude. It does not mean being a Pollyanna but rather accepting that bad things will happen, and that we will feel bad about them, but also that we must attempt to move on with optimism and strength.

Factors contributing to greater resilience include balance (engaging in a wide range of activities from hobbies, education and work to social and cultural pursuits), maintaining good health habits and sleep patterns, a religious faith and taking a long view of adversity.

Being open to feeling a wide range of emotions, practicing good self-care and maintaining a solid social support system all help boost resilience, as does finding a sense of purpose and keeping to a routine.

The resounding message is that if you can incorporate these strategies, together with a calm and positive attitude in the face of adversity, you’ll be better equipped to bounce back than you might think.

As the best-selling author has observed: “The human capacity for burden is like bamboo—far more flexible than you’d ever believe at first glance. It’s your reaction to adversity, not adversity itself that determines how your life’s story will develop.”