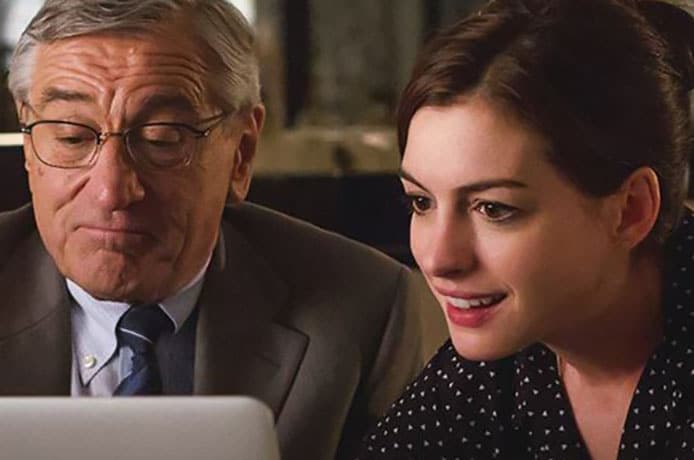 The working world is in a moment of extraordinary generational change.  For the first time in the modern age, there are up to five generations present in the workplace.  Each generation brings its own life stage, communication preferences, work style, technology prowess and priorities.  This creates inherent challenges but also incredible opportunities.  In a competitive business world and tight employment market it’s critical that owners and managers understand how to leverage a generational diversity across both their customers and staff.

Defined as “a group of people born around the same time and raised around the same place”, a generation is a “birth cohort” that exhibits similar characteristics, preferences, and values over their lifetimes. There is no single consensus on the exact boundaries of each generation however the UK-based Centre for Generational Kinetics (CGK) provides a widely accepted definition of the generations as follows:

There are a number of converging trends that have created today’s multi-generational workforce. These include:

Generations exhibit similar characteristics because they experienced similar trends at approximately the same life stage and through similar channels.  According to the CGK, the three key trends that shape generations are parenting, technology, and economics.  And generation-shaping trends are most influential as people come of age, resulting in a group of people that develop and share similar values, beliefs, and expectations.

Don’t fence me in

Whilst generations are not a box or label, they are powerful clues showing where to begin connecting with and influencing people of different ages.  Let’s look at the group characteristics of three most represented generations in today’s – Baby Boomers, Gen X and Millennials.  Disclosure: the below definitions are sweeping generalisations based on conclusions largely from articles and discussion papers published by OECD – The Forum Network, Harvard Business Review, entrepreneur.com, Society for Human Resource Management, Forbes and the Centre for Generational Kinetics. Baby Boomers. The Baby Boomers are most populous generation with around 76 million baby boomers in the US [1].  Born after the end of World War II, Boomers grew up in a time of economic prosperity and their values were shaped primarily by a rise in civil rights activism, Viet Nam, and inflation.  They are considered the first generation that actively declare higher priority in work over personal life and are wedded to the notion of a traditional 9-5 work schedule (and even the 60-hour work week).  As a generalisation, Baby Boomers are workaholics, and they live to work, and many (63% according to an AARP survey of 2,001 Baby Boomers) plan to work at least part-time in retirement, some because they like working, others because they need the money to replace lost retirement savings lost in the dot.com crash. According to a Business Insider study, 69% of respondents in business management agreed that Baby Boomers were the most productive contributors to their organizations. Seventy-three percent of respondents said boomers were hardworking, and 56% said they made good “team players.” However, baby boomers ranked lowest when it came to being adaptable and collaborative, especially when working alongside the millennial generation. Boomers are team players who set long-term goals. Most Boomers value a human touch rather than technology, so they prefer communicating through face-to-face instead of using technology, such as email or texting. They are competitive and optimistic, and focus heavily on personal achievement.

Generation Xers. Often known as “the neglected middle child,” Generation Xers are often considered the “slacker” generation. They naturally question authority figures and are responsible for creating the work/life balance concept. Born in a time of declining population growth, this generation of workers possesses strong technical skills and is more independent than the prior generations. Gen Xers are also more educated than any preceding generation, with 43% having graduated from college. According to Fortune, they tend to be more independent, more entrepreneurial, and typically grew up being more skeptical than other generations. They are, however, considered more independent than prior generations, valuing freedom, adaptability and flexibility.  They develop their own skill sets and are comfortable with challenges, preferring independence and ongoing feedbacks and suggestions, instead of step-by-step instructions. Because Gen Xers place a lower priority on work, many company leaders from the Baby Boomer generation assume these workers are not as dedicated; however, Gen Xers are willing to develop their skill sets and take on challenges and are perceived as very adaptive to job instability in the post-downsizing environment.

Millennials or Generation Ys. Millennials are one of the most talked about generations, and are in some ways diametrically opposed to baby boomers (typically their parents) in their social and work attitudes.  There are 54 million adult millennials in the US [2] and they make up one third of the American workforce. They have recently become the largest segment of the current workforce and are using technology and lifestyle priorities to revolutionize the 9-5 work norm. This group is the first global-centric generation, having come of age during the rapid growth of the Internet and an increase in global terrorism. They are among the most resilient in navigating change while deepening their appreciation for diversity and inclusion. Additionally, they represent the most team-centric generation since the Silent Generation, as they have grown up at a time where parents programmed much of their lives with sports, music, and recreational activities to keep them occupied while their Boomer parents focused on work. Millennials pursue personal gratification, which is often perceived as a sense of entitlement in today’s work force and sees them disparaged as the “Me Generation”.  They are heavily cause-motivated, and seek to work for a company where the mission statement aligns with their personal beliefs.  Forbes’ Ryan Scott found that for millennials “culture is everything” and the company’s cause work must be integrated into their individual core mission.  They desire to feel connected through a shared passion for the cause of their company’s work, ideally through initiatives that help the surrounding community.

The American Management Association sums each genration’s attitude to work as: “Baby Boomers seek “postretirement careers,” Gen Xers demand challenging but balanced work assignments, and Millennials expect high perks in exchange for loyalty and technological savvy, leaders must find creative ways to recruit and retain talent.” The great differences between the generations can create a wide range of challenges within the workplace.  Forbes summarises their potentially antagonistic attitudes: Millennials are often frustrated by their older co-workers’ late adoption of technology and social media, while Boomers complain that Millennials demand success from day one, eschewing the need to “earn” respect, responsibility, or perks. Baby Boomers tend to be more loyal to their employers, having grown up in a world where most people spent an entire career at one company, while Gen Xers and Millennials grew up surrounded by downsizing and outsourcing and therefore feel more like free agents. Having a multigenerational workforce can, and should, be a distinct advantage for companies today. The wide range of ideas and knowledge from a broad group of people can actually serve the company well, and help employees excel in their work. The recent 2013 Benefits for Tomorrow Study done by The Hartford found that almost nine in 10 Millennials (89%) agree that “Baby Boomers in the workplace are a great source of mentorship” and that 93% of baby boomers agree that “Gen Yers bring new skills and ideas to the workplace.” In 2016 The Centre for Generational Kinetics surveyed 230,000 employees at 620 organizations to produce lists of the Best Workplaces for Millennials, Gen Xers and Baby Boomers.  Their findings challenge myths associated with the different age groups.  found that Millennials aren’t incurable job hoppers, Gen Xers aren’t so jaded, and Boomers aren’t all about material rewards.   Baby Boomers are seeking a sense of pride Baby Boomers are considered individualistic and materialistic but CGK found that pride in their company was a stronger driver of whether they experience a great workplace than rewards and benefits. This generation want to feel good about the company they keep. Gen X not are necessarily sceptical Gen X is often portrayed as jaded and cynical however CGK found that Gen Xers are 7X more likely to look forward to coming to work when they feel their job is not “just a job” but has special meaning. This generation are hungry for purpose. Millennials can be engaged Millennials are often portrayed as job-hoppers, with much less loyalty than their elders however the CGK research suggests a generation with high expectations of a great workplace. And when those expectations are met, Millennials are more than willing to stay. Millennials who feel they work in a great culture are 25x more likely to want to stay with their workplace over the long term, compared with a 17x improvement for Gen X and a 7x increase for Baby Boomers.   Ultimately, the study found that pride, community and ethical leadership motivates people across generations and brings Millennials, Gen Xers and Boomers together.  Regardless of generational set, employees were up to 7 times more likely to give extra on the job when their workplaces were caring, friendly and cooperative. The fact that a kind culture spurs dedication on the part of Millennials, Gen Xers and Boomers alike is another reminder that you can have three generations joined together in one great workplace.