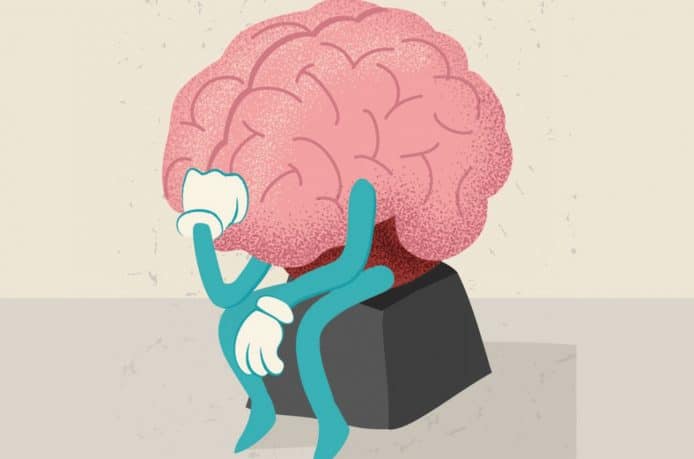 The final month of the year is typically a time of excess – Christmas parties, summer soirees, over-eating, over-drinking, and hitting the alarm instead of hitting the pavement for an early morning run.  There is nothing wrong with indulgence in moderation, in fact, scientists and psychologists alike welcome it. Then comes January and the desire to start afresh, drop bad habits and start healthy ones.  A study from 2016 published in Personality and Social Psychology Bulletin, a scientific journal, investigated New Year’s resolutions, and found that 55% of resolutions were health related, such as exercising more, or eating healthier. Yet, despite our most noble and earnest (or even desperate) intentions, Dr Anne Swinbourne from James Cook University reports that 25% of us have failed to keep our resolution by 16th January, and U.S. news reports that 80% of people fail to stick to their New Year’s resolutions for longer than six weeks[1]. So why do we struggle to keep our resolutions? Why is willpower not enough? And why do old habits die hard?

The Power and Purpose of Habits

Habits are a sign of the brains efficiency as it constantly prunes and automates processes that we no longer need to pay attention to.  Habits are typically triggered by a particular context or presence of stimuli and then autopilot takes over. While most habits are simply motor pattern efficiencies, we overlay the label of a ‘good’ or ‘bad’ habit depending on the beneficial or detrimental outcomes of the behaviours.  When an action is characterised by “compulsive engagement in rewarding stimuli despite adverse consequences.[8]” then it is considered an addictive behaviour. Such addictions include compulsive eating, gambling, alcoholism and smoking.  Bad habits and addictions are notoriously hard to break, and seemingly easy to resume, especially under stress or in the presence of triggers. Massachusetts Institute of Technology (MIT) is a leading research centre on habits and has done extensive work on better understanding the basal ganglia, a group of structures deep within the cerebral hemispheres, play a large role in habit formation by supporting movement control, emotion, cognition, and reward-based learning. In a frequently analysed experiment, MIT McGovern Institute used laboratory rats navigating a maze for chocolate to show that learned patterns remain in the brain even after the behaviour is seemingly sequestered.  The rats showed the expected neuroplasticity over subsequent repetitions, with marked brain activity at the start of the maze when a bell sounded, decrease in basal ganglion function as the rats learned to automate the journey to the chocolate, and then the expected dopamine release in the pleasure centres when the chocolate was found and consumed. When both the bell and the chocolate at the end of the maze were removed the behaviour ceased and the rat no longer raced straight to the original location of the chocolate.  When the original stimulus of the bell was brought back however, the rats went straight to the original source of the chocolate as though on autopilot.  They demonstrated that important neural activity patterns in a specific region of the brain change when habits are formed, change again when habits are broken, but quickly re-emerge when something rekindles an extinguished habit – routines that originally took great effort to learn. This reflects what we long know, that go-to behaviours kick in when in particular context or presence of stimuli.  But it also provides clues for how to override bad habits and lay down new ones. In her best-selling book “The Unexpected Joy of Being Sober”, reformed alcoholic Catherine Gray explains this process. “Neural pathways in the brain, including addictive ones, are formed in a similar way to hiking trails. The more a route is used, the smoother and wider it gets. It becomes the default easiest route. So when you need to forge a new (sober) path through the forest, it will feel arduous at first.” An oft quoted statistic is that it takes 3 weeks to start or cease a habit, based on the observation by plastic surgeon Maxwell Maltz in the 1960’s that it took about 21 days before adjusting to the new situation – whether that be a new nose or phantom limb pain from an amputation.  More recently, a study of 96 people published in The European Journal of Social Psychology found it took on average 66 days to form a habit, but could range from 18 to 254 days depending on the habit.

So how do we make changes towards a healthier happier life?  The Habit Code Philosophy prescribes the following common sense steps:

This system may work well for habits like drinking enough water each day or going for a run, however deeply ingrained behaviours such as smoking or gambling require much more than willpower to overcome.

In his 2015 TEDMED talk, psychiatrist, addiction expert and director of research at the UMS Centre for Mindfulness Dr Judson Brewer reveals the “science of self-mastery” which is proving twice as successful in helping people quit smoking than gold standard therapy programs.  It is worth listing to the full talk however in essence mindlessness training substitutes the notion of willpower – simply forcing yourself to ignore a craving – and replaces it with curiosity.  Be curious about what you are feeling in the craving – physically and mentally.  And if you indulge in the behaviour, be mindful about what it actually feels like before and after.  As Brewer puts it, “when we get curious, we step out of our old, fear-based reactive habit patterns. We become this inner scientist where we’re eagerly awaiting that next data point.”  So rather than engaging in a tug of war with a craving monster, and trying to suppress the desires, we transition from subjectivity to objectivity and over time become more likely to move successfully past a craving.  One current hypothesis is that a region of the brain – the posterior cingulate cortex – is activated not necessarily by craving itself but when we get caught up in it, and try to resist it. In contrast, when we let go and step out of the process just by being curiously aware of what’s happening, the same brain region quiets down. In his most recent book, Faster Than Normal: Turbocharge Your Focus, Productivity, and Success With the Secrets of the ADHD Brain, Peter Shankman suggests making small manageable rituals to unravel larger addictive behaviours. “The trick is to constantly focus on both how you feel when you do it and how you feel when you don’t.”  So if you want to wake up earlier to exercise, don’t focus on the comfort of your bed but the feeling you will get once you come back from a run. In her book “How to Get Sh*t Done,” lifestyle coach Erin Falconer couples mindfulness training with positivity messages, replacing the word “should” with the idea that you “will” do something.  You flip from guilt, shame and the option of not sticking to your plan, to an affirmative and positive word that implies the decision has already been made. Even if you don’t smoke or stress eat, try this reframing exercise next time you feel the urge to compulsively respond to a text message when you’re driving, or go on social media when you are bored or frustrated at work. Be curiously aware of what’s happening in your body and mind in that moment. It will just be another chance to perpetuate one of our endless and exhaustive habit loops or step out of it.  Instead of “see text message, compulsively text back, feel a little bit better.” Notice the urge. Get curious. Feel the joy of letting go, and repeat.