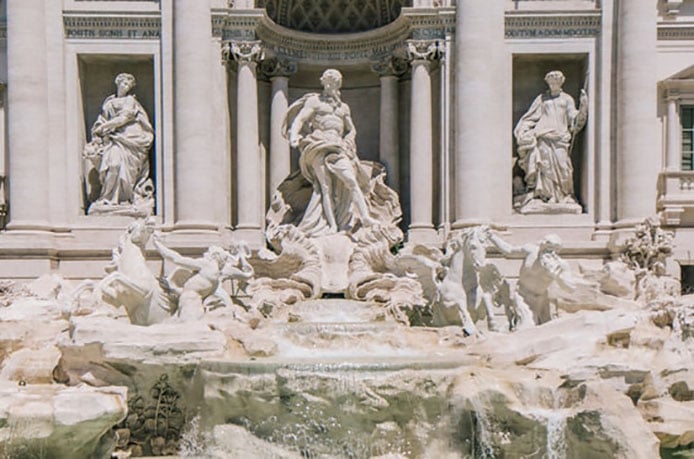 After a gruelling fifteen hours of battling your inflight neighbour for the right to the armrest, you’re finally here. Equipped with not only a guide book but exclusive tips from intrepid friends and knowledge only acquired after hours of trolling through insider travel blogs, you hit the streets. You’re not merely a tourist; you’re a traveller, ready to indulge in the smells, sites and tastes of this fabulously unfamiliar place.

Since the beginning of time, the idea of venturing into new and exciting territories has captivated the human spirit. Though we’ve come a long way from fears of falling off the side of the world, our enduring need to explore environments different from our own begs the question, why? Historically the experience of travel was thought to equate to the end of one’s naiveté. If “unworldliness” is an antonym for “innocence” then it seems only fitting that one should venture abroad to gain some life experience. So, what is the role of the contemporary traveler? In this month’s THOUGHT article, we’re delving deep into the world of the modern explorer to uncover the WHO, WHAT, WHEN, WHERE, WHY and HOW of travel in 2019. In a world where every square centimeter has been mapped, photographed and documented, what drives us to spend so much money, time and energy to keep traveling?

WHAT are the stats?

Welcome to the age of over-touristing. The global tourism market is one of the world’s fastest growing economic sectors. The stats are showing that the number of people traveling is increasing exponentially every year. If you’ve ever stood at the Trevi fountain and elbowed your way through the hordes of selfie sticks and safari suits, you’ll know that this is not a term to be taken lightly. The United Nations World Tourism Organization (UNWTO) estimates that in 2018, international tourist arrivals increased by 6%, making the 1.4 billion overnight visitors the most on record. For the first-time countries are now having to face the reality of years of unregulated tourism, finding ways to lessen the number of visitors that flood into popular sites each year. In June 2018, Thailand’s famous Maya Bay finally closed its doors to tourists. Made famous by Danny Boyle’s 2000 film The Beach, starring Leonardo DiCaprio, the 4.8-hectare Bay has faced crowds of up to 5000 per day since the film’s release. Initially, after concerns that over-touristing had led to irreparable damage to the Bay’s reef (the massive amounts of sand churned up by the speed boats are destroying the corals), the Thai Government set out to close the Bay for a four-month regeneration period. However last May a decision was made to extend the ban for another two years in order to complete the national park’s ecological recovery program and develop the facilities needed to cater for tourists once the park reopens in 2021. Once the tourism ban is lifted, the Thai Government plans to enforce an E-ticket system, limiting the number of visitors to 2000 per day. Italy’s Venice is inundated by around 25 million tourists a year (which, for a city that is sinking, seems more than a little excessive). Following the cruise ship crash in June, Venice has faced a series of mass protests with locals demanding that the Government ban cruise ships from entering the lagoon. In February, the city council voted to enforce a new 3-euro entrance fee for the 14 million tourists that enter the city for just one day (presumably mostly cruise visitors), after concerns that day-tripper tourism is of no addition to Venice’s economy. So, WHAT is with the notion of day-tripper tourism? What can you really experience in a city for less than 24 hours? And WHY do we feel a need to tick experiences off our travel bucket list like items on a shopping list?

WHY do we travel?

It’s easy to assume that nobody wants to be “just another tourist” but in the age of social media, when human narcissism is more rampant and more normalized than ever before, how much has our need for ‘likes’ begun to prompt where we holiday? A study published last year in Tourism Management investigated the effect of socially symbolic factors on travel intentions. Researchers examined how social consumption, explained as occurring “when consumers choose, buy, and use products to assist individuals in the creation, confirmation, and communication of their identity” effects the travel market and tourist decision making. The study focused on three social symbolic factors involved in travel decisions including; social self-congruity, social norms and social return. “Social Return” is defined as “the amount of positive social feedback that one’s social media posts of travel generate” (yep, that concept has its own name). Travel as a means of social return is not a new idea (think about the social kudos involved in a maiden voyage like Titanic), but when you’re travel schedule requires less than twelve hours in a city and a selfie stick, you have to wonder, is it really worth it? The study, which focused on US travelers’ intentions to visit the newly popular destination of Cuba (changes in policy have meant that more individuals are able to travel to the country). The researchers developed a scale measuring travelers social return through social media posts. The data, indicating how social media posts about their trips to Cuba made travelers “look cool”, “more popular, “savvy”, determined that social return was indeed a salient factor in the tourists’ intent to travel.

Everyone! Travel is the new normal, but have you ever thought to think about how your generation stacks up in the stats? A 2017 Expedia survey found that in Australia, millennials are taking the most trips, packing their bags approximately four times a year. Unsurprisingly, it’s the Boomers who are taking the most vacation days with average vacations sitting at around 14 days in length. Gen Z favor international trips (all those gap years really add up), with 51% recording that their vacations took place on foreign shores. Particularly fascinating is the statistics around why we travel. When the urge to go took hold, 67% of Boomers described themselves as feeling as though they already had a destination in mind, 16% ahead of Gen X. Millenials and Gen X said they tended to take their time, deciding between two or more destinations. 76% of Boomers reported that social media did not influence their travel decisions, in stark contrast to Gen Z with 62% listing Facebook and 50% listing Instagram as inspiring their travel decisions. If you read our Winning the Battle THOUGHT article back in May you’d know how talented younger workers are drawn to the lure of entrepreneurship and self-employment. Unsurprisingly, the perks of being one’s own boss have had a significant impact on the tourism industry, allowing for more travel flexibility. Increasingly it seems families are no longer letting school holidays dictate their travel plans. One only has to look at the popularity of Instagram families like The Bucket List to notice the rising popularity of family sabbaticals.

WHERE are we traveling?

Short answer: Everywhere. And that is not necessarily the problem. The issue is that everyone wants to go to the same place at the same time! So why not zig when everyone else is zagging! Do a little bit more research and head to the bucket list places in off-peak times. Head to Europe in late Summer (not only is it less crowded, the flights are way cheaper!) In their Top Travel Trends for 2019, Lonely Planet have listed “getting off the touristed path” (let’s hope we don’t all jump ship to the same one), e-car road trips, and augmented attractions (why see the world IRL when you can wear a pair of giant goggles instead) as their picks for the year. If you’re looking for a slightly more bespoke experience, check out this month’s GUIDE article for Sydney-based Traveler Magazine writer, Alison Stewart’s top picks for travel experiences of every kind!

HOW are we getting there?

In 2018, it was revealed that tourism was accountable for almost a tenth of the world’s greenhouse gas emissions. The study, led by the Integrated Sustainability Analysis research group at the University of Sydney found that the global footprint of tourism-related greenhouse emissions was four times greater than had been previously estimated. There is no green way to fly. The key recommendation – fly less and pay more to do it. Shockingly, the Paris climate agreement does not even include aviation; a trillion-dollar industry that is set to rise to 22% of the worlds carbon emissions by 2050. If you’re interested in flying more responsibly, consider reducing your impact by investing in carbon offsets each time you fly. By purchasing carbon offsets, you can support projects that deliver a range of positive outcomes, like other environmental, social and economic benefits beyond emission reductions. But of course, no one wants to feel guilty, so here are other ways we can try and limit our emissions whilst we’re abroad? Why not consider making the journey the destination? Trains have a far lower rate of carbon emissions than flying, and it’s also a great way to see the sites! And train travel doesn’t have to be all about getting somewhere new. With luxury options like the Orient Express and Rovos Rail, you can make sure you’re traveling in both style and good conscience. Why fly at all when you could explore the sites at home? With statistics showing that over a thousand tourists arrive in Australia every hour, why not save your frequent flyer points and see what all the fuss is about back at home? Check out Ecotourism Australia to find out how to book your holiday with an environmentally responsible operator.

The tourism industry is showing no signs of slowing down. Based on current trends UNWTO forecasts international arrivals to break new records this year, continuing to grow 3% to 4%. With low fuel prices making air travel more affordable, flight plans continuing to expand and emerging Arab, Asian, Indian and Russian markets, there is no doubt that the globetrotters with keep hopping. But as numbers of visitors continue to grow, the question on everybody’s lips is, “How much is too much?” We all want to switch off on holiday (that’s kind of the whole idea, right?), but if you love to explore this planet, remember to make conscious choices whilst aboard. Act like a local, eat like a local, live like a local and remember to leave no trace. Because let’s face it, nobody wants to be “that tourist”.