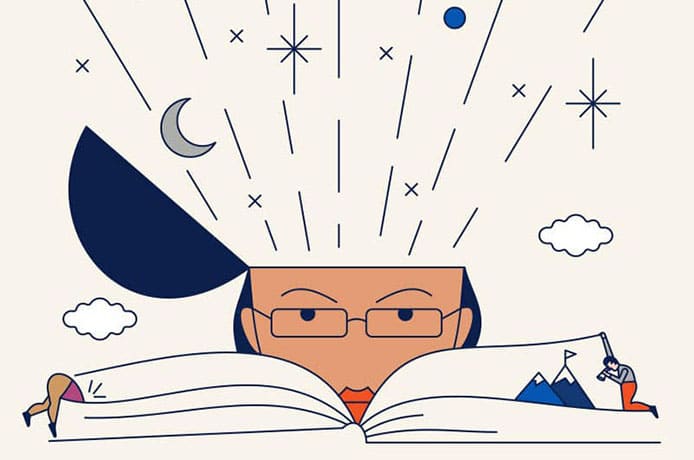 As the psychological toll of isolation and social distance began to mount, celebrities dealing with the impact of CoVid19 started reaching for their story books. On March 17 actors Amy Adams and Jennifer Garner launched #Savewithstories with the aim of providing house-bound children and parents with enjoyment and a little positive distraction as they listen to stars reading their favourite tales. Search the hashtag and you’ll find Oprah reading The Hula-Hoopin’ Queen, Weird Al Yankovic taking on his own book, When I Grow Up, and Pink paging through There Was an Old Lady Who Swallowed a Rose among a plethora of high profile people using their favourite children’s books to educate, entertain and raise money for Save the Children and No Kid Hungry. Donated funds will support schools and community programs that feed the vulnerable and provide books, games and other education materials during the pandemic.

With the Corona Virus devastating social systems, economies and international relations, causing a monumental shift in how we relate, interact and understand the world, commentators around the world are revisiting the notion that storytelling might, in some form, offer at least an emotional inoculation during the weeks and months ahead. As theatres across America suspended their operations, producer Scott Rudin offered $US50 discount tickets to his Broadway shows, including West Side Story and The Book of Mormon, saying: “I can’t pretend that great theater (sic) is the panacea we’ve been waiting for, but in the meantime we could all use a few hours away from the evening news.” Writers around the world are taking their words to people’s living rooms through social media, offering readings of their books and other literary-related activities to engage with fans. For example, when Gene Luen Yang’s tour for his new graphic novel, Dragon Hoops, was cancelled as a result of the coronavirus outbreak, he told The New York Times: “I felt disheartened and helpless.” In lieu of an in-person tour, he held a Facebook Live session to discuss the book and is now using his Instagram page to take reader questions and respond in a comic strip. “We are all at home, but none of us are alone,” the author Oliver Jeffers recently wrote on his website, where he makes available the full recordings available of his weekday afternoon readings on Instagram Live, while writer and illustrator Peter H Reynolds is reading aloud from his work on Facebook Live every day.

As we move deeper into an unprecedented pandemic, storytelling – as a way to understand seemingly unfathomable concepts – is as relevant as it was 65,000 years ago when Australia’s indigenous people began gathering around the camp fire to share their spiritual beliefs and culture. Fast forward to life under CoVid19 and those fundamental questions of existence feel more pertinent than ever. Only this time around people are using storytelling to interrogate them in myriad forms ranging from paging through novels and magazines to binge watching Netflix, scrolling through Instagram and plugging into podcasts. These are unprecedented times but the reasons for yarning around the contemporary campfire remain the same as ever: storytelling is central to human existence and common to every known culture. We use stories to make sense of our world and to share that understanding with others in a symbiotic exchange between teller and listener. It’s a practice exemplified in Australia by the Sydney-based artist Camille Ormandy, the daughter of Dinosaur Designs co-founders Louise Olsen and Stephen Ormandy, who has begun using Instagram Stories as a platform to share tales of creativity and positivity in isolation at home. “I want to instil a positive mindset online to give us a break from all this negativity…and I hope I can inspire you to share your creativity too,” Camille Ormandy wrote on Instagram. “What books you’re reading; what music you’re listening to right now. What are you doing right now and how are you staying active and aware? And I’ll be sharing your response.” Those responses came thick and fast, from “Communicating with friends online and staying educated” (@annabel_scanlen) to “Expressing our thoughts and being creative” (@milkywayblogger) and “Writing poetry and staying aware of the current situation.”

The power of storytelling to share, educate and emote has surfaced as a positive force in these challenging times, because as The New Yorker observed: “Stories, more even than stars or spectacle, are still the currency of life.” In his 2012 book The Storytelling Animal Jonathan Gottschall’s thesis is that human beings are natural storytellers—that they can’t help telling stories, and that they turn things that aren’t really stories into stories because they like narratives so much. His views are backed by science: in a 1944 study 34 Massachusetts college students were shown a short film and asked what was happening in it. The film showed two triangles and a circle moving across the screen with the only other object a stationary rectangle. Only one of the test subjects saw this scene for what it was: geometric shapes moving across a plane. The rest came up with elaborate narratives to explain what the movements were about. Typically, the participants viewed the triangles as two men fighting and the circle as a woman trying to escape the bigger, bullying triangle. Instead of registering inanimate shapes, they imagined humans with vivid inner lives. The circle was “worried.” The circle and the little triangle were “innocent young things.” The big triangle was “blinded by rage and frustration.” But if our compulsion to create narratives is universal, the way we tell the stories changes with the technology at hand. In Europe, the invention of the printing press and movable type around 1450 led to the emergence of journals and the novel. The invention of the motion picture camera around 1890 led to the development of feature films by 1910, followed by television in 1925, spawning serials and documentaries. Today stories are told via mediums from rap and poetry slams to digital vooks (a streaming library of animated children’s books and audiobooks for big kids and little kids alike) and audiobooks (comedian Celeste Barber is among the current voices of powerhouse Audible). When it comes to IRL the Story Factory in Sydney is a non-for-profit creative writing centre for marginalised young people and the Wheeler Centre in Melbourne provides a hub for the imaginations and ideas of local and international writers, offering talks, podcasts, broadcasts and more.

Whatever form they take, at their heart stories remain uniquely human, which is what gives them their power, no matter the medium or how they are written. And in our increasingly discombobulated world, they can constitute real triumphs of humanity. In 2018 Behrouz Boochani published No Friend but the Mountains: Writing from Manus Prison, an autobiographical account of his perilous journey from Iran to Christmas Island and subsequent incarceration in an Australian government immigration detention facility on Manus Island. The book was written on a mobile phone using WhatsApp and smuggled out of Manus Island as thousands of PDF files before being translated from Persian into English by Omid Tofighian at the University of Sydney’s Philosophy Department. In his foreword to the work, Richard Flanagan refers to Boochani as “a great Australian writer” who has written not only a “strange and terrible book”, but an “account [that] demands a reckoning” for its descriptions of cruelty to detainees. As we continue our reckoning with Corona Virus it’s worth noting the need to make sense of sickness in difficult times is a powerful thread running through literature, from the work of Shakespeare, who penned King Lear when he was quarantined during the Black Plague of the early 17th century, to that of Columbian Nobel Prize winner Gabriel Garcia Marquez, whose 1985 classic Love in the Time of Cholera conflated lovesickness as a disease comparable to cholera. In March this year A letter purportedly written by F. Scott Fitzgerald during the Spanish Influenza quarantine in 1920 went viral on social media. “The officials have alerted us to ensure we have a month’s worth of necessities,” the letter read. “Zelda and I have stocked up on red wine, whiskey, rum, vermouth, absinthe, white wine, sherry, gin, and lord, if we need it, brandy. Please pray for us.” It was in fact a parody written by American author Nick Farriella for the website McSweeney’s and the text was clearly identified as such – not that it stopped a terrified global population of literature buffs from seizing on it as a moment of humorous respite amidst the madness. “It was never intended to be taken as real”, Farriella told Reuters. “I’d like to think that people have responded to the optimistic sentiment of the message. That in these seemingly dark times, the line of true and untrue was blurred by the need for hope.” And isn’t that the role of storytelling? In the past, the present and into the future.