Practice What you Teach 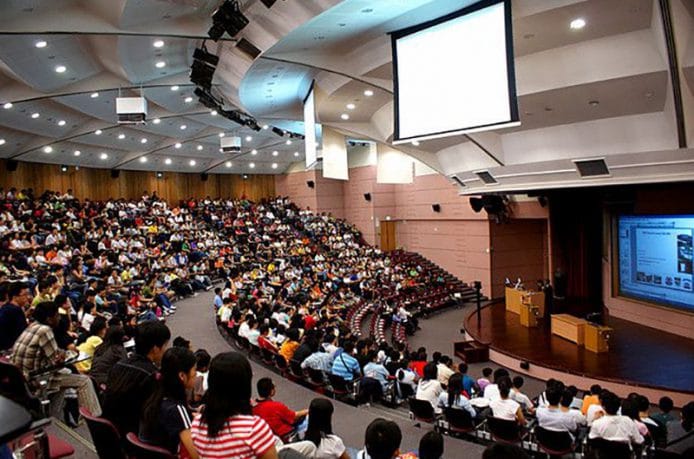 Pedagogy, or the art and method of teaching, refers to the theory and approach to learning and how it influences, and is influenced by, the social, political and psychological development of learners.

Never before has education been more influenced by the latter, with current social and political developments transforming not only the ways we learn, but the subject matter itself.

From traditional classroom pre-school, primary, secondary and tertiary education, to the vocational education and training offered by TAFE, and the emerging sectors of online and experiential learning, pedagogy is evolving to reflect how we live now, and what we need to learn in 2020 and beyond in order to thrive in the new world order.

This year promises to be a significant one for Australia’s schools, with many sweeping reforms underway. Perhaps the most notable of these is the Federal Government’s review of the Australian Curriculum, which promises to shake up the way that teaching and learning happens in schools across the nation. At the tertiary level, the Coalition has flagged doubling university fees for some future arts students, and also raising them for commerce and law. The aim is to encourage more students to enrol in “more practical” degrees like teaching, nursing and STEM – science, technology, engineering and mathematics – which the government says will produce the workforce the economy needs.

With questions around access to education, and what constitutes a valuable education, and reviews into the impact of technology and mobile phones in classrooms underway, the year ahead will likely see enormous changes in the sector as a whole.

With many questions about what the future holds for learning, here are the top trends we can expect to see unfold in the near future.

Technology has become a key element in primary and secondary classrooms, with research recently conducted by Monash University’s Education Futures team finding that 66 per cent of 2052 adults surveyed nationally thought it made a positive contribution to education.

Despite some issues raised around distraction causes by devices and the high cost of tablets pricing out some students, it should come as no surprise that there are plenty of new tech initiatives on the horizon. Virtual classrooms and online subjects for remote students will increase and artificial intelligence will also come to the fore, with chat bot software to help secondary students and physical robots to engage younger children.

“Learning in primary school is much more about play and experimentation so these physical robots are kind of like toys that are also educational,” Monash researcher Professor Neil Selwyn told The Sydney Morning Herald.

And it doesn’t stop there. The introduction of facial recognition systems is on the horizon, which would allow video tracking in schools to monitor attendance and student safety and even assess facial expressions for engagement levels in class. Cognition-enhancing drugs may also become more widespread in the classroom, where Ritalin is currently used to counter ADHD affecting learning.

“There will always be these new, new technologies that seem a bit crazy but in 20 years’ time, there’ll be something else again,” Professor Selwyn told The Sydney Morning Herald.

Higher education will have a greater focus on micro-credentials and mini-degrees and certifications in specific skills will also become more widespread. Melbourne’s RMIT University is one example of an institution already embracing the micro-credential via its digital Creds platform, which offers mini-qualifications tailored to the specific vocational needs of graduates. Expect a shift away from one-on-one real life tutorials to more group learning online, although it must be noted that there is widespread dissatisfaction on this front. In a recent opinion piece in The Sydney Morning Herald in May, academic Elizabeth Farrelly argued the shift to online education was sucking the lifeblood out of universities, citing even such hallowed institutions as Cambridge University in the UK, which has been wholly online since March and now plans to keep all lectures digital only for a year.

“Imagine this place, this dreaming-spires town, all but empty of undergraduate life, of student pranks, punting on the Cam and of cycling, black-clad dons,” wrote Farrelly.

But more than that, the quality of education is being impacted: “Online teaching is no substitute for the real thing. Student attention wanders. Interrogation is difficult. Box-ticking becomes routine.”

In Australia, the shift to online learning is taking place against a backdrop of reduced government funding and an academic cull that has transpired following the collapse of international student enrolments in the wake of Covid 19.

Meanwhile, technology is rising to meet new teaching demands. Artificial intelligence programs will be used to help identify employment options for students and tailor their education to industry needs. And software company LiveTiles already working with the University of Canberra on chat bots to assist students.

The majority of teachers enter the profession in order to make a positive difference to their students, and they now want to streamline administrative tasks in order to better focus on teaching. In 2018, 87% of Australian teachers, executives and principals reported an increase in their work hours over the past five years – but little of it was spent on teaching or lesson planning, they told the 2019 Future of the Classroom report by Google Education. Ninety-one percent of educators said administrative demands were a hindrance to their actual teaching work, and the report found cutting red tape and offering more professional development options for teachers would boost the learning of their charges.

“There is an opportunity to better recognise the important role teachers play in student learning,” the report stated.

“For example, this could be achieved by reducing the amount of time they must spend on administrative tasks, to focus on professional development and pedagogy.”

Parents today want children to have a more holistic education that includes social and vocational skills, according to the Future of the Classroom report. It cited research by the Foundation for Young Australians that highlighted how those ‘enterprise skills’ – transferable skills required in many jobs – are more in demand on our shores, revealing that in the three years up to 2016, the proportion of jobs requiring critical thinking increased by 158%, creativity by 65%, and teamwork by 19%. Changing traditional curriculums to include more general life skills, rather than focusing on memorizing and repeating information, would better cater to the needs of students and employers alike, the report found.

“There is a desire to help students develop such abilities. In fact, 69% of parents believe schools should be teaching more social skills,” the report stated. “Future minded students want to be educated in areas that will help them thrive in their career – 50% of students aged 14 -16 years old say they want to learn more practical on-the-job skills.”

Whether it’s helping students gain emotional intelligence,  equipping them with AI chat bots to aid their studies or finding the right balance between online and face-to-face teaching, one thing is certain: the strategies employed now will influence educational outcomes well into the decades ahead.