On Women in Business, Today 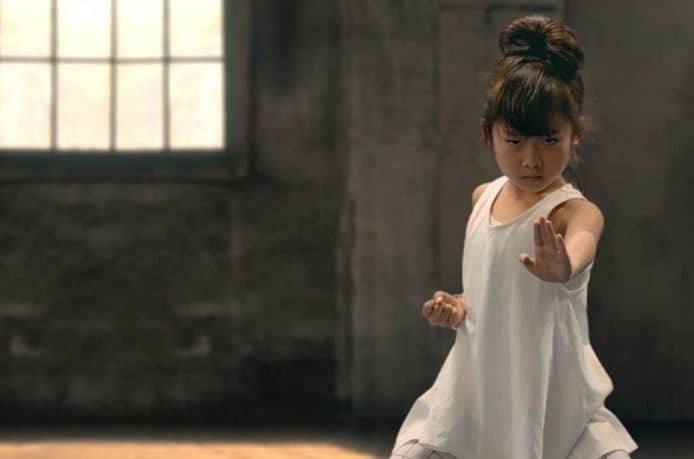 This year Australia celebrates the 50-year anniversary of the abolition of the marriage bar which, until 1966, obliged single working women to resign when they married. Today, women in Australia have more employment opportunities and are more educated than ever before. Australian women are pursuing education at a greater rate than men: 63% of working age women hold Year 12 qualifications, compared to 58% of men, and 42% of women aged 25-29 hold a university degree, compared to 31% of men. Despite these advances in education and despite the rising number of women entering the global workforce, there remain three significant disparities between women and men in the workplace:  pay inequality, representational disparity and negative stereotypes. Pay Inequality “Australia has one of the most highly educated female populations in the world, and 55 per cent of university graduates are female, yet barriers still exist to women’s full participation in the workforce.” Belinda Hutchinson, University of Sydney Chancellor The growing gender disparity in pay exists despite a long-term rise in female workforce participation and strong growth in the proportion of women with tertiary qualifications. Women are helping to drive the knowledge economy in the 21st century, but from the time they start their first jobs, the starting salaries for female graduates are 4% lower than the starting salaries for men (Graduate Careers Australia, 2014. GradStats – Employment and salary outcomes of recent higher education graduates) , and the gap widens to the national gender pay gap of 18% (Workplace Gender Equality Agency, 2015. Gender pay gap statistics). The World Economic Forum’s Global Gender Gap Report 2012 found Australia ranked first in terms of women’s educational attainment but 45th for their labour-force participation. Compared to other countries, the 18% pay gap is 11th highest of the 34 countries in the Organisation for Economic Cooperation and Development, and only marginally worse than the 15% OECD average. According to a recent report from the World Economic Forum, it will take 118 years for the gender pay gap to close. In individual terms, the average weekly shortfall is $295 per week. Extended over a typical 40-year career, this gender pay gap equates to about $700,000.

Representational Disparity “…Gender equality at senior levels in the workplace has yet to be achieved. In senior leadership positions, men outnumber women across the public and private sectors, as well as in the upper and lower houses of federal parliament.” Australian Bureau of Statistics, Women In Leadership report, 2012 Despite notable progress in recent years, women are still grossly underrepresented within the top echelon of business leaders in Australia.   Overwhelmingly, men hold the positions of power and influence. While in 2011-12 women represented close to half of the labour force as a whole at 46%, and 45% of Professionals, women remain under-represented at senior levels within both the private and public sector. In 2012, women remained under-represented in the most senior corporate positions within the top 200 ASX companies. Only 3% of boards had a woman as chair, and 3.5% companies had a female Chief Executive Officer (CEO). As the seniority of the position decreases, women do fare better. In 2012, women represented 17% of CEOs, 26% of key management personnel, 28% of other executives/ general managers, 32% of senior managers and 40% of other managers.

Negative Stereotypes “Success and likability are positively correlated for men and negatively correlated for women. The higher on the corporate ladder a woman climbs, the less likeable she is perceived to be. In the case of a man, the opposite holds true.” Sheryl Sandberg, COO Facebook An even subversive indication that there is still a gender gap for women in the workplace is the attribution of negative qualities to successful women but not to successful men. In her book “Lean In” and at various TED talks, Facebook COO Sheryl Sandberg draws on numerous studies to support her claims, especially the case of Heidi vs Howard Roizen. Roizen was one of the first women Silicon Valley CEOs, heading the software firm T/Maker Co. and then serving as an executive at Apple. Later she was a managing director of Mobius Venture Capital and also a board member of the National Venture Capital Association. Researchers from Columbia’s Business School asked students to appraise the resume of Heidi Roizen, however half were told that it was the resume of Howard Roizen. When asked their impressions of Heidi or Howard, the students though both were competent and worthy of respect, however Howard came across as a more appealing colleague. Heidi, on the other hand, was seen as selfish and not “the type of person you would want to hire or work for.” Researchers concluded that “The more aggressive [the students] thought she was, the more they hated her”. Students said they found Heidi less humble and more power hungry and self-promoting than Howard. The same data with a single difference – gender – created vastly different impressions. Australian Sex Discrimination Commissioner Elizabeth Broderick agrees that this “belief barrier” severely impacts on women and their ability to progress and is rife through all levels of society.

Impetus for Change “Pay parity makes sense for families, whose household and caring decisions shouldn’t have to rest on the economics of who earns more in the workplace. It makes sense for businesses, who are not only looking to do the right thing, but who are looking to inspire consumer confidence and become employers of choice. And it makes sense for our global economy.” Joyce Phillips, ANZ Women’s economic equality is good for business. Companies greatly benefit from increasing leadership opportunities for women, which is shown to increase organisational effectiveness. It is estimated that companies with three or more women in senior management functions score higher in all dimensions of organizational effectiveness. Helen Conway, 2012 Director for Equal Opportunity for Women in the Workplace (2012 Australian Census of Women in Leadership) states that “Gender equality is a business imperative.” There is now a considerable body of evidence showing a positive correlation between women at the top of organisations and organisational performance generally. Progress needs to be driven from the top by CEOs who understand these issues and commit to making change. Women bring new ideas, and different decision-making and communication styles that can have positive effects on board function and company management. Companies with female CEOs, female board membership and a higher proportion of women in senior management are more profitable. Equal representation of women and men in leadership roles allows quality outcomes for all Australians by ensuring the issues, perspectives and needs of women and men are equally represented in decision-making processes.

Where to from here? “Women are the backbone of our community and play an important role in our economy.” Joyce Phillips, Group Executive, Wealth, Marketing and Innovation, ANZ Corporation. It is critical to support women attain a seat at higher levels of business, and receive equal pay. This is not just a women’s prerogative, but requires the support and advocacy of men as all families, and in turn society and our economy will benefit.   Open Colleges is a great example of this. See HERE for more information.