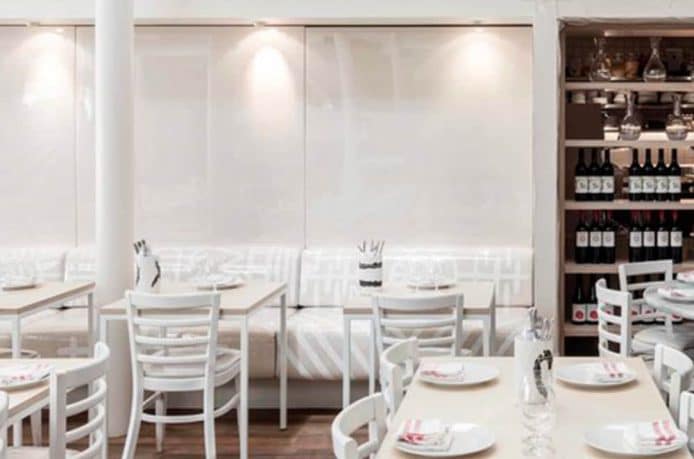 The Office Space is passionate about Australian design and those designers and craftsmen leading the charge for our own design future. Here, we catch up with a cool selection of the country’s most exciting emerging talent right now.

1. ROSS GARDAM, Melbourne After studying industrial design and working for a number of design firms, Ross started his own practice in 2007. Ross Gardam Studio is now a team of 6, working within the Melbourne CBD. Each Ross Gardam product is handcrafted in Melbourne—and his work recently featured on the front cover of the April issue of Wallpaper Magazine. “I first became interested in design at high school, however, I grew up among a family of makers which helped me on my path,” he explains. “My aim with the studio is to create quality, original, accessible design.” Ross has exhibited at Salone del Mobile (Milan Design Week) for the past two years—showing his beautiful Polar Desk Lamp in 2016, and the stunning 23k Gold Ora Desk lamp with Local Design and 11 other Australian designers at The Sant Ambrogio Chapel in the Milan 5Vie district this year. For Ross, some of the biggest challenges of designing in Australia include the poor level of intellectual property protection, and the Australia’s general isolation. “This results in a working environment with low volumes, challenges with export and limited protection for the time and energy you put into creating something new,” he says. “That said I do love what I do and feel privileged to be working in the design industry in Australia.” As for what’s next, Ross is working on “two new upholstered collections, one aimed at commercial and one for residential.” “The commercial range is quite vast and has endless configuration options.  The residential range consists of a modular Lounge, tables, rug, and mirrors.  Really looking forward to getting the final touches on both ranges complete and ready to share,” he adds.

2. DAAST, Sydney DAAST is made up of Andrew Southwood Jones and Alexander Kashin—the pair met studying architecture at university, and it’s here that they established their Marrickville prototyping studio. “This was really the starting point for us as designers,” explains Andrew. “Through producing things for others we were about to develop our skills and passion for furniture design, whereby we could not only design something but also we could produce it and use it ourselves.” For Andrew, design thinking and design problem solving is still the most satisfying part of his work—and architectural prototyping is the principle part of what DAAST do day-to-day. It’s the process of prototyping, invention and the conceptual thought process that’s most inspiring for DAAST. “This is far more interesting to me than the actual outcome itself, and very rarely will we end up with a retail product,” he says.

OUR TOP PICK: We love DAAST’s curved numerals, which were custom made in brass for Paramount by The Office Space.

3. TOM SKEEHAN, Canberra Tom was exposed to the world of furniture making from a very young age. “My father Vince Skeehan is a cabinet maker and carpenter,” he says. “My earliest memories are of him showing me how to draw cubes and make my own wooden toys.” Tom studied industrial design, and worked with Australian designer Craig Harris before establishing his own studio, SKEEHAN in 2013. “My business model is built around Australian manufacturing,” explains Tom. “I take a lot of inspiration from the manufactures I work with—they are the core of my business and I’m lucky to work alongside them. I won’t deny that this process has been difficult. It really forces you to invest more time in design and development and the relationships you build with your collaborators.” Tom has shown his brilliant and thoughtful furniture pieces in Milan, and most recently, exhibited a vivid green stained version of his Australian oak HUP HUP chair at the International Contemporary Furniture Fair in New York in May this year. As for what’s next, Tom is in the final stages of shipping a design drawing book titled Sketching Process. The book highlights “the value of drawing as communication” and teaches “the fundamentals using leading Australian designers as case studies to see how they draw in their practice.”

OUR TOP PICK: We love the elegant back line of Tom’s Hoshi Chair. Or anything from his Hoshi collection.

4. TRENT JANSEN, Melbourne Trent designs functional artefacts that belong in the grey area between industrial design and conceptual sculpture. His most recent series, Broached Monsters, was exhibited at Criterion in Melbourne earlier this year, and was the result of over five years of design investigation into both indigenous and non-indigenous Australian mythical figures, and the idea that a national mythology might exist. “I wanted to be an architect as a kid, without any understanding of what architects really do,” he says. “This blind passion lead me to enroll in the old design degree at the College of Fine Arts, where I slowly and painstakingly learned about conceptual thought and eventually began to understand the importance of poetry in all worthwhile creative pursuits.” In 2008, Trent’s ‘Pregant Chair’—a chair with a smaller child’s chair stored in the frame—was shown as part of the Moooi collection in Milan. Trent’s currently working on a collaboration with artists from Fitzroy Crossing in remote Western Australia. “We were commissioned by Fremantle Art Centre to develop a series of collaborative furniture pieces for an exhibition in Fremantle in November 2017,” he explains. “This work is a further experiment with Indigenous and non-Indigenous dialogue and collaboration in the pursuit of uniquely Australian designed artefacts.”

5. LIAM MUGAVIN, Sydney “For as long as I can remember I’ve been curious and interested in design, objects and spaces,” Liam says. “However, it wasn’t until after I graduated and was working in Japan when I really started to gain a deeper understanding and appreciation for materiality, craftsmanship, aesthetics and the culture of design.” Liam moved from Adelaide to Sydney only recently, and has already made his mark on the city with fit-outs and furniture concepts for Brooklands Coffee Co. Martin Place, Zeitgeist, and Coffee Bondi Beach. He’s also just wrapped up two new fit-outs at Barangaroo, which also feature custom furniture and lighting. As for what he is most proud of to date, Liam highlights his furniture commission for the Australian Embassy in Japan. “The project was for Australia House, which is in Niigata prefecture near where I used to live for four years, so I feel a strong connection. It was a dream project that was highly cultural, conceptual and personal,” he says. A 30-bedroom eco lodge in Northern NSW is on the horizon for Liam, as well as possibly expanding his business into Japan.

OUR TOP PICK: The Hamra Chair, made of just three seamless joints. Want more? Stay in touch and subscribe to our monthly newsletter here.