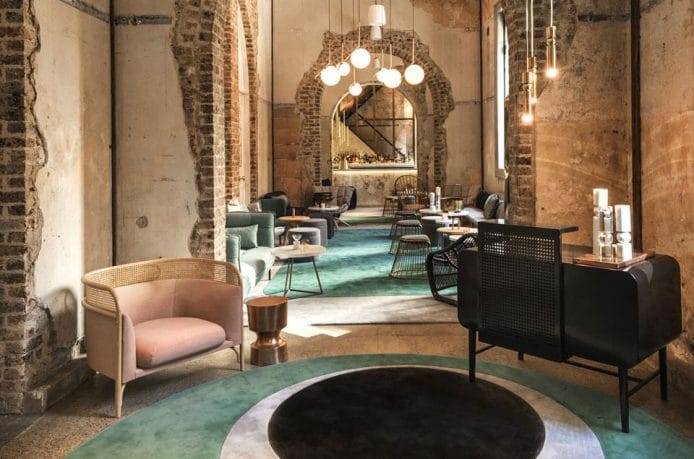 In the early 2000’s, eating local seasonal foods was an ideal rather than the norm, foraging went hand in hand with activities at hippie haven outposts and fermentation was associated with neglecting jars in the pantry beyond their expiration date. Our culinary tastes have certainly evolved over even the last 5 years. We tend to Insta-brag more about the dishes we’re served rather than the company we’re keeping. And it goes without saying that everyone’s a food critic now that we’re all ‘professional’ bloggers. Nordic and most recently vegan trends are the key influencers on Aussie restaurant menus to date. Brassicas (cauliflowers, brussel sprouts and broccoli) and root vegies refuse to play a support role even in the mains department these days, especially those charred on a charcoal grill (along with everything else). Well, that was until last month… Enter London-based zeitgeist hunter and consultancy firm, The Future Laboratory, who dispatched its latest round of Trend Briefings in London late in August at its Food and Drinks Futures Forum. Always blending trend forecasting with consumer insight to help brands (and entrepreneurs) stay ahead of the curve when faced with an ever-changing tide of consumer behaviour, it revealed what we’ll be eating, drinking and serving in the next 3-5 years. People are tired of being told what to do by experts. One day it’s no fat, then gluten, then sugar. Clean eating is the latest dietary trend set for a backlash. In this environment, consumers are losing faith in brands and realising that convenience trumps all. Daniela Walker, Insight Editor, LS:N Global (a division of The Future Laboratory) Herewith, their 5 key trends in the hospitality sector as originally published in the Future Laboratory’s Futures Food & Drink Report (available via online order for £400.00), and new Sydney providores who are already practicing what they preach: Alcohealth: Say goodbye to Dry July. The Future Laboratory’s Co-Founder, Chris Sanderson, calls it ‘healthy hedonism,’ where something traditionally bad for you becomes beneficial when consumed as part of a balanced lifestyle.  “Consumers have health in the back of their minds, even when they are out drinking. We are seeing new offerings that promise the fun of alcohol in a setting of wellness.” There’s nothing like the elixir of fresh herbage or fruit juice to spur you on for another round!  Where: The Dolphin Hospitality’s tsar of cool, Maurice Terzini, has overhauled this veteran Surry Hills pub with Keith Haring-like figures bouncing off the walls and lounges. It’s sipster central – premium spirits are muddled with individually bottled mixers and herb infusions, the Bloody Mary has 11 different herbs and spices, whilst freshly pressed grapefruit juice gives a tart zing to a host of potions. Visit The Dolphin Hotel

Drink to taste, not to get drunk: Social drinking is no longer a quick fix exercise to shake off a load; it’s about savouring flavour. The report attests “cocktails are no longer to be seen as the quickest route to a pleasant buzz, but are being reframed as an accompaniment to meals – like a fine wine to be sipped, not downed.” Where: Beta Deliciously saturated with confectionary hues and metallic shimmers, the CBD’s Beta bar is a Grecian goddess of bold femininity. Hit concoctions on bar manager Nathan Cannon’s drinks menu include the Dirty Greek Martini (Belvedere, cucumber tomato tea, Noilly Prat, and crushed Volos olives) shaken and served in a Lee Broom marble-based martini glass, and the Bothos, a heady combination of spiced rum, maple syrup and cointreau, topped with whipped cointreau foam and decorated with a dried orange and a sprig of mint, it’s a smooth, tart, smoky note to end the night on. Visit Beta

High-Low Dining According to Euromonitor, the ‘fast-casual’ dining category has grown by 550% since 1999. We’ve already seen top chefs move into gourmet fast food. The Future Laboratory has noticed larger players attempting to lure customers in by pairing low-cost food with the values and design principles of higher-class establishments. The report attests, “chefs and restaurant brands are going high-low and back again. High-end chefs are offering low-end dining with quality ingredients, while chains such as Starbucks and Taco Bell are offering higher end options for the more discerning connoisseur.” Where: Long Chim After a 17-year hiatus in London and Bangkok, David Thompson has returned to Sydney’s CBD with the street-smart bunker Long Chim. Despite his reputation as the chef cornering the upper end of dining at Sydney’s Darley Street Thai in the 1990s and with his revered fine diners Nahm in London and Bangkok, Long Chim champions robust Thai street food with top quality ingredients and a heady dose of chilli at democratic prices. In the $20 bracket you’ll find fish cakes with cucumber relish, dried prawns with ginger and toasted coconut on betal leaves and succulent grilled pork. Bargain! Visit Long Chim

Delivery-only Dining Hands up if you’ve nearly been bowled over by a Deliveroo cyclist? Perhaps it’s time inner city pedestrians wore the helmets! Delivery-only dining is going gangbusters as we’re all victims of being too time poor to cook. The problem is, most take-away services are high in salt and fat – Thai, Chinese, Indian… Healthier fast food options are on the horizon. Who: Yield Sydney Yield Sydney’s dishes are fresh, vegetable-based and mighty tasty: freekeh salad with cumin roasted carrots, shaved fennel and labne; chickpeas with peppers, herbed potatoes, celery and eggs… you get he drift. Currently servicing lunch deliveries only and with Surry Hills and Darlinghurst (with neighbourhood expansion on the near horizon). Visit Yield Sydney

The Cold-Drip bottled for your convenience Ever noticed scientific-looking apparatus sitting on the back bar counter at a café and wondered whether your barista is doubling up as a chemist between lattes? The device infuses coffee in cold water for a period of 6-12 hours, and at glacial pace, it drips down to the bottom vessel. This method of removing heat from the extraction process means the natural state of the coffee is preserved, locking in flavour. The result is a naturally sweeter, less bitter taste due to its lower acidity — and a different caffeine hit. According to the Forum’s guest speaker, Hugh Duffie, co-founder of British-based Sandows, a cold-brew coffee bottling company, quick-grab cold take-away bottles of coffee will be ready to go for your convenience, “following increases in consumer expectations when it comes to coffee, Hugh believes the future lies outside of cafés.” Who: Salvage Specialty Coffee Salvage Specialty Coffee in Sydney’s Artarmon bottles a cold immersion brew of their seasonal single origins. Their 5-10-hour immersion brewing produces an even lighter, more floral result than cold-drip. Good over ice in a glass, or straight from the bottle if you’re on the go. You can also pick them up from Artificer Coffee in Bourke Street, in Sydney’s Surry Hills. Visit Salvage Specialty Coffee