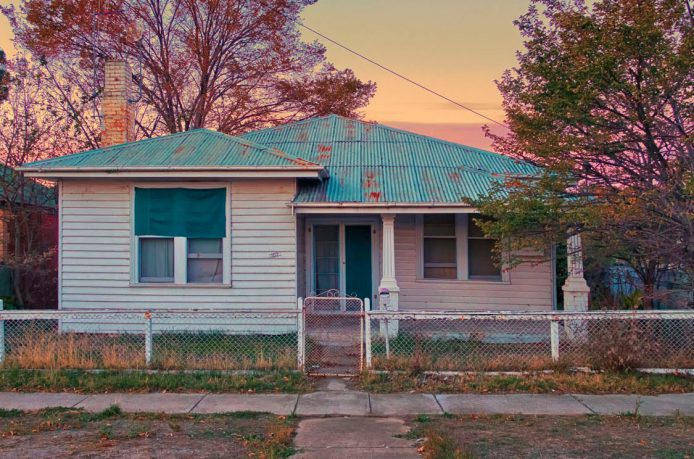 Before British colonialization Australian land was inhabited by more than 500 Indigenous groups, representing approximately 750,000 people in total.[1] Their cultures developed over 65,000 years, making Indigenous Australians the world’s most ancient living culture. Self-sufficient and harmonious, the people were fishers, hunters and gatherers who assembled in tribes and travelled the land in accordance with the seasons. Each group lived in close relationship with the land and had custody over their own ‘country’. In 1770, when Captain James Cook arrived in Botany Bay, he came with direct written orders from The Admiralty to claim land for Britain if the land was uninhabited (which it wasn’t), or if the native peoples gave their consent (which they did not). Despite this, British colonisation of Australia began in Sydney on 26thJanuary,1788 when Captain Arthur Phillip and 1,500 convicts, crew, marines and civilians arrived at Sydney Cove. Although this was the birth of modern Australia, it marked a dark period in our history that devastated the indigenous people and their way of life. The settlers took the view that Aboriginal Australians were nomads with no concept of land ownership, so drove them from their traditional lands. For the Indigenous Australians, the loss of food sources and water resources often proved fatal, and the severing of the deep spiritual and cultural connection to the land disrupted their entire way of life.  In the 10 years that followed, it’s estimated that the Indigenous population of Australia was reduced by 90%[2] due to outbreak of disease (such as smallpox and venereal diseases), large scale massacres and conflicts over land, and deliberate poisoning[6].  By the 1920s, the Indigenous population had declined to between 50,000 and 90,000 and they faced extinction.

“In less than twenty years we have nearly swept them off the face of the earth. We have shot them down like dogs. In the guise of friendship we have issued corrosive sublimate in their damper and consigned whole tribes to the agonies of an excruciating death. We have made them drunkards, and infected them with diseases which have rotted the bones of their adults, and made such few children as are born amongst them a sorrow and a torture from the very instant of their birth. We have made them outcasts on their own land, and are rapidly consigning them to entire annihilation.”Edward Wilson, Argus, 17th March 1856 [7]

As New South Wales’ first Governor, Admiral Arthur Phillip somewhat naively assumed the British government would own all the land in his newfound colony of Sydney. Over time, however, freed convicts were granted land in the hope they wouldn’t return to England, retiring officers were gifted land, and free settlers spread and assumed land without permission.  It wasn’t until Governor Ralph Darling arrived in 1825 that a more orderly system was implemented, and a more systematic freehold land system was established. In the 19th Century, early Australians saw land ownership as a sign of their freedom and a way of generating food resources and income. It marked a period of pioneering new frontiers (such as crossing the Blue Mountains) and plundering the land (such as the great gold rush of Victoria).  Landowning was also a way to attain a vote in the political process.  This notion continued, even after the introduction of universal manhood suffrage in 1856[1], and according to Graeme Davison, professor of urban studies at Monash University, “right into the end of the 19th century, you find people promoting home ownership saying, ‘It will make you a citizen in a fuller sense than if you didn’t own your own house.'”[2] In 1861, the Crown Lands Acts 1861 (NSW) reformed land holdings in New South Wales in an attempt to break the squatter’ domination of land tenure. The Acts allowed unsettled crown land to be selected and bought freehold in 40-to-320-acre lots at £1 per acre, on a deposit of five shillings per acre, and 5% interest per annum[3]. Unfortunately, this also fast tracked the alienation of crown land that had been acquired under the principle of terra nullius, and hence accelerated the dispossession of indigenous Australians.[10]

As a direct result of the gold rush and wool export, Australia’s economic condition was strong through the 1860’s and 1870’s and an acute labour shortage saw wages reach the highest in the world, giving Australia the reputation as “the working man’s paradise.”[4]  Construction of new houses boomed, especially in the capital cities of Melbourne and Sydney. By the 1880’s, foreign funds were becoming more available to Australians[5], and this influx of capital lead to a further investment boom, which proved artificial and set us up for the nation’s first true property bubble.  During this time, a city block in Melbourne almost doubled in value in a couple of months in late 1887, while the average price of land in Sydney increased by more than 80 per cent from 1880 to 1884[6]. Developers promoted a lifestyle that was embraced by the middle and working classes and new suburbs expanded rapidly. The crash finally came in 1891. Land values fell to levels about one-half their boom levels.  Debt peaked in 1893, causing the worst depression in Australia’s recorded history.[7]Real GDP fell by around 10 per cent in 1892, and a further 7 per cent in 1893[8], coinciding with the collapse of the banking system. Growth returned in subsequent years, although it was moderate and erratic. It was not until 1899 that the level of real GDP had surpassed the previous peak set eight years earlier.  The housing market however, did not recover during this time. According to the Australia Constant Quality Real Housing Price Index 1880-2012(ABS, Stapledon), housing prices continued a downward trend and did not begin an sustained upward trend until the 1920’s. Just as the market appeared to be gaining momentum, Wall Street delivered the Crash of 1929 which triggered the global Great Depression of the 1930’s.  Thankfully, in Australia, the period of loss was not as deep and sustained as the 1980’s depression which was exacerbated by a relatively high rate of population growth[9].  Real GDP per capita fell by only around 10 per cent compared with the 20 per cent drop in the 1890s. Growth resumed in 1932, and by 1934 the level of real GDP had surpassed the previous peak of 1930. According to Philip Soos, economist and co-author of Bubble Economics: Australian Land Speculation 1830-2013, the primary determinant of the boom and bust cycle in the land market is “availability of credit/debt used to speculate on rising capital values of real estate”[10]. Private debt peaked in 1893, driving a colossal commercial land bubble that burst, and saw property prices.  This also occurred in the 1920s, which weakened home investor’s capacity to withstand the impact of the Great Depression.  Soos observes that it took until the 1970s for the “debt cycle to assert itself once again, with one boom and bust after another”.

Against the backdrop of an upwardly trending housing boom and bust cycle, significant global events of the 20thCentury impacted the notion of home ownership. During the Cold War, Australian governments saw home ownership was seen as a way to quell revolutionary tendencies and keeping communism at bay. One wartime advertisement declared “Citizens committed to mortgages tend not to be revolutionaries.”[11]  After World War II, waves of migrants came to Australia from England, Ireland and Europe. Greeks and Italians, in particular were keen to own their own homes, because it provided an opportunity not available in Britain or Europe,” according to Lionel Frost an associate professor of economics at Monash Business School. During this period the Menzies’ government created incentives for renters to purchase their houses, if they rented from the Public Housing Authority. Home ownership was seen as a “democratic ideal” and by the mid 1970s Australian home ownership had reached its highest levels at 70 to 75 per cent[12].  The “Great Australian Dream” of the fenced quarter-acre block with a detached house[13]was born and is remains unique to our continent. It represents thebelief that in Australia, home-ownership can lead to a better life and is an expression of success and security. In the 80’s and 90’s, the Australian notion of home ownership underwent anther change.  Previously, the housing system was geared around owner-occupiers, and property investors loaning from the bank would incur a considerable rate penalty on their loans. With deregulation of the financial industry, mortgages were more available and affordable and households (many of who were now dual income) were able to consider buying a second home as an investment property.  This was a seismic shift in conceptions of the Australian dream. “Increasingly, people came to look at the house not just for its use value but …its exchange value” according to again quote Professor Graeme Davison. In this market, the 1990s saw property prices rise faster than inflation, while interest rates decreased. With the proportion of public housing at a low, a strong private rental market made property an attractive investment.

In principle, significantly increasing in household debt (primarily composed of mortgage debt), is considered a major catalyst for a massive rise in housing prices and land values, along with net rental income losses. Australian household debt has more than quadrupled since 1988, rapidly accelerating during the ’90s and 2000s. Australian household debt reached the highest peak on record in 2008, driving the largest land boom on record.   (The ratio peaked in 2010, as did housing prices, which is clearly no coincidence.) Every major rise in the price to income ratio and price to rent ratio has resulted in a downturn, correlating with, and arguably causing, the economic recessions of the mid-’70s, early ’80s and early ’90s. The ratio has doubled from the trough in 1996 through to the peak in 2010. As at 2011, house prices were on average six times average household income, compared to four times in 1990[14].  Foreign investment has also been identified as a key driver of affordability issues, with recent years seeing particularly high capital inflows from Chinese investors[15]. Since 2012 prices have once again risen strongly relative to incomes and rents. In June 2014, the International Monetary Fund (IMF) reported that house prices in several developed countries are “well above the historical averages” and that Australia had the third highest house price-to-income ratio in the world[16]. In June 2016, the Organisation for Economic Co-operation and Development (OECD) reported that Australia’s housing boom could end in ‘dramatic and destabilising’ real estate hard landing[17]. Australia’s five biggest cities have “severely unaffordable” housing markets, according to an international housing affordability think tank.  In Demographia’s 14th annual report, Sydney was ranked “second worst”, with house prices almost 13 times higher than the median household income, second only to Hong Kong.  Melbourne ranked fifth; Adelaide, Brisbane and Perth also ranked within the top 25. As of December 2018, combined capital city market values are down just over 10% from their peak in 2017, with Sydney property values dropping 14.9% and Melbourne property values down 11.1%. Declines were largely triggered by the significant tightening of lending standards following the Banking Royal Commission. Taking a broader view, CoreLogic figures show national property values have grown 19.4 per cent in the last five years and are actually up nearly 200 per cent in the last 20 years[18].

It is clear that property is an excellent long term investment, even when performance has its variations from time to time. Even so, Australia’s housing market is currently valued at just under $7 trillion, and is the largest store of wealth for the vast majority of families. With household debt to disposable income currently hovering at a record-high of just under 190%[19], it’s possible the Great Australian Dream is becoming the Great Australian Nightmare.