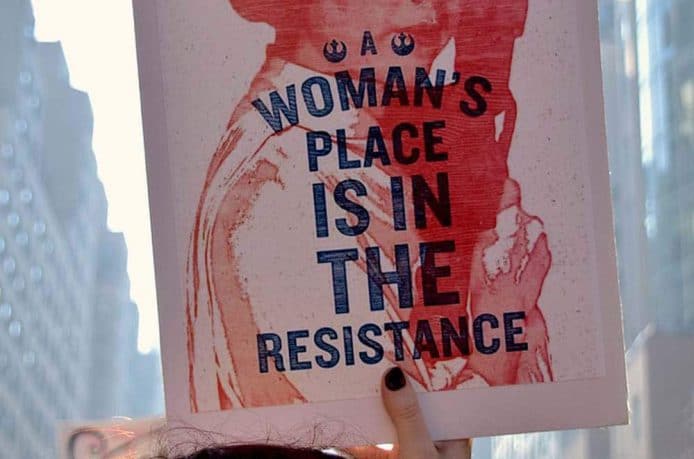 Last year saw the pay gap between Australian working men and women progressed from political rhetoric, fringe female advocacy groups and token policy changes to the mainstream with national debate, celebrity sound bites, corporate policy, and prime-time advertising campaigns. Already in 2017 we have seen Australia men, women and children join over 5 million marching around the world to protest the anti-women and anti-diversity statements and positions attributed to the 45th President. We have also witnessed Chief Justice Susan Kiefel sworn in as Australia’s first female Chief Justice of the High Court. These are two bold statements for the advancement of women’s rights, and, unlike so many female victories over the last century, men have been actively involved in the process.  It is an encouraging sign of how things are changing and echo’s the call of Australia’s former Sex Discrimination Commissioner (2007-2015) Elizabeth Broderick: “Gender equality is not a battle of the sexes; it is a battle for equality – a battle that men and women must wage side by side. After all, the empowerment of women is part of the empowerment of humanity.”

AUSTRALIA TODAY The emancipation of women has been one of the biggest social shifts of the past century.  Through world-wide upheavals such as the women’s liberation movement of the 1960s, introduction of sexual harassment laws, and anti-discrimination legislation, women have earned a right to vote and a place in the workplace. In Australia today women have not only earned the right to pursue a career, but have filled the very highest posts in this country. Women in Australia have more employment opportunities and are more educated than ever before. Australian women are pursuing education at a greater rate than men[1] and we are seeing unprecedented numbers of women pursuing higher education and entering the global workforce. Despite clear advances in national policy, societal attitudes and education, however, there remain three significant disparities between women and men in the workplace. In Australia, women earn consistently less than men, are under-represented in governments and at senior levels of business, and continue to shoulder most of the unpaid housework, care of children and care of other dependents. Read more about this here.

THE WAY FORWARD The 2012 Australian Workplace Gender Equality Act and the efforts of its statutory agency the Workplace Gender Equality Agency (WGEA) have actively championed and effectively lobbied to remove formal discrimination.  What does remain, inevitably, is a form of indirect discrimination – practices and systems that on the face value appear gender neutral but actually do little to support equality in the workplace. Building upon these legislative gains, Julie McKay, Executive Director of the UN Women National Committee Australia believes there are three key levers that will advance gender equality, “the first is enhancing women’s economic empowerment, the second is giving women access to leadership opportunities and decision making, and the third is eliminating violence against women.”[2]

“Women’s economic empowerment – that is, their capacity to bring about economic change for themselves – is increasingly viewed as the most important contributing factor to achieving equality between women and men” International Centre for Research on Women, 2015[3]. Women control $20 trillion of the world’s wealth[4], and make most major household purchasing decisions, including those about homes, cars and holidays. Women yield enormous economic power globally and must harness this economic power to accelerate change in the professional arena. Joyce Phillips, CEO Global Wealth for ANZ advocates that “only by redesigning systems so they are more supportive and inclusive of both women and men will we be able to build better businesses and better societies.”[5] To make lasting change in gender inequality, we must change the way our workplaces function, revisiting the structures and attitudes that exist around caring for children and families, and to address the conscious and unconscious biases that hold women back from promotion.

“Speak up and be ambitious for yourself. Put your hand up when an opportunity arises—don’t wait for someone to recommend you for it… Speak up when it comes to the promotion, salary, or bonus you deserve.” Belinda Hutchinson AM, Chancellor of the University of Sydney Solving women’s under-representation in leadership positions is difficult and complex. Up until now much of the focus has been on ‘fixing women’ by providing assertiveness training, mentoring and self-branding strategies rather than fixing the system.  Chancellor of the University of Sydney, Belinda Hutchinson, has actively championed for increased opportunities for women in leadership positions as a past President of the Chief Executive Women organisation, which comprises more than 300 of the country’s female leaders, and urges both men and women to embrace this call and to positively and powerfully influence the culture in both business and society.

“All the great feminist victories came from women mobilising around reform and that’s what we need to continue to do.” Catherine Fox, journalist and author of Seven Myths about Women and Work It is clear that Australia needs both meritocracy and new models of working.  The WGEA has published guidance for employers[6] about how to address the gender pay gap. It outlines a number of steps including: undertaking a payroll analysis, examining human resources practices, increasing the proportion of women in senior roles, eliminating gender bias in job evaluation, providing transparency in salary bands and improving access to flexible working arrangements. What is also needed are exemplary companies and senior committees actively doing something to bridge the gender gap in corporate Australia.  Companies like ASX Group and its Chief Executive Elmer Funke Kupper who have advocated for and implemented corporate processes and tools such as flexible hours, balanced shortlists and pay equity. He believes “you can’t blame people for subconscious bias, but by setting targets and leading by example you bring the issue into consciousness… Ultimately that will make the changes irreversible over time. My guess is that we are very close to a tipping point of irreversible change.”[7]

CONCLUSION The impetus and the imperative to achieve a truly egalitarian society rests equally with all Australians: male and female, husband and wife, parent and child, young and old, employee or employer.  It also must occur throughout all of Australia: our homes, our schools, our businesses, institutions, corporations and our government. With humour, intelligence, courage, logic, confidence and an enduring sense of justice we can turn the tide of both overt inequality and unconscious bias. In the words of Sir Robert Menzies, when his government abolished the marriage bar in 1966, “[T]he women of Australia have established an unanswerable claim to economic, legal, industrial and political equality. I hope that the time will speedily come when we can say truthfully that there is no sex discrimination in public or private office [or] in political or industrial opportunity.”[8] Let us all be part of making history.