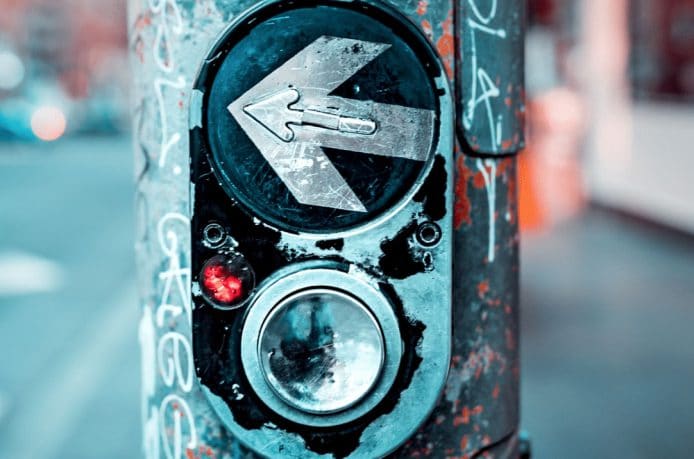 Australia’s cities are the powerhouses of the national economy, essential to our well-being and economic prosperity. Australia’s major cities must, however, reposition themselves for the ‘metropolitan century’ – an era of increasing urbanisation and more diverse competition around the world. A major new research project commissioned by the Property Council of Australia, Creating Great Australian Cities (2018), warns that “Australia’s major cities risk heading towards a low amenity, low liveability future unless all levels of government, business and the community work together to rethink and refresh how we plan, build and manage our urban areas.” This report, based on an analysis of global megatrends, case studies and benchmarks, reveals that our cities are not well equipped to face the remainder of the metropolitan century. Population growth in Australian cities is outstripping the capacity of our infrastructure systems, housing supply and metropolitan governance. Furthermore, balancing the impacts of urban development for an expanding population gives rise to issues of energy use, land availability, transport systems and infrastructure planning.

Burgeoning Population Growth More than 90% of Australians live in urban areas[1].  Our cities house the majority of Australia’s jobs, and much of the nation’ s key economic infrastructure. Australia’s cities currently contribute $854 billion to the national economy (representing 80% of our economic activity), and this is projected to almost double to $1.6 trillion by 2031[2]. Due to the unique natural environment, few constraints on growth, and successive cycles of economic growth, Australia’s major cities will grow year on year at above-OECD averages over the next 30 years[3]. Our population is set to increase from 25 million to 37 million by mid-century, and three-quarters of this growth will happen in just four of our major cities: Brisbane, Melbourne, Perth and Sydney.  According to the Australian Bureau of Statistics, this could mean a Sydney of almost 9 million people and Melbourne of almost 10 million by just after 2050. Areas around the major cities such as the Hunter, Illawarra, Gold Coast, Sunshine Coast and Geelong regions, are also projected to grow significantly.

Inadequate Infrastructure Rapid population growth in our cities is outstripping the capacity of their infrastructure systems, housing supply and metropolitan governance according to  Infrastructure Australia (IA), the independent statutory body responsible for prioritising and progressing nationally significant infrastructure.  The findings of their comprehensive Australian Infrastructure Audit (2015) revealed that Australia’s population and economic growth is set to cause increasing congestion and bottlenecks, challenging productivity and quality of life. The audit acknowledged that dramatic house price growth in inner city areas – especially Sydney, Melbourne and Perth – has made living near work unaffordable for many. On average, Australian households spend more than 27% of their monthly income on mortgage repayments. The audit determined that Australia’s four largest cities will need to rapidly increase the delivery of high quality, higher density housing, estimating that that each of these cities will need to deliver about 500,000 to 700,000 additional dwellings over the next 15 to 20 years. Housing affordability challenges have pushed people to greenfield developments in fringe suburbs giving rise to lower-density living and costly new infrastructure networks.   Accordingly, commuting into cities is becoming increasingly difficult. Without action the “avoidable social cost of congestion” in Sydney is expected to grow from $16.12 billion in 2015 to $30 billion in 2030[4].

Counterproductive Governance As a young, post-colonial country, Australian is made up of relatively new, largely planned cities.  As we look to the future, the existing city infrastructure and projected growth present a suite of complex issues that challenge planning systems and demand better alignment between problem and response. Metropolitan planning strategies inevitably converge on the same suite of aspirations – growth management, housing supply and affordability, employment, density, mixed-use activity centres and transit-oriented development.  The issue it seems, is one of disconnect between lofty planning visions and its execution. The rise of design-driven planning has brought many benefits in balancing public and private interest, but these are usually played out at the local scale.  Metropolitan planning strategies display more comprehensive thinking but are jurisdictionally constrained.  Our cities have some of the most expensive median house prices in the world, with Demographia’s 2018 International Housing Affordability Survey describing Australia’s five biggest cities have “severely unaffordable” housing, and Sydney was ranked “second worst” in the world, with house prices almost 13 times higher than the median household income. The issues with our city and state-based transport upgrades are well documented, their delays, exorbidant expense and cultural impact provoke highly contentious debate in the public and private arena.  Compounding this, employment in middle and outer suburbs remains sparse, forcing job searchers into city centres. This problem is not unique to Australia.   A global pattern of economic change, spatial restructuring and a more diverse population with rising social and spatial inequality has led to calls for a global “Metropolitan Compact” to advance the UN’s New Urban Agenda. These are based on the need to strengthen connections between government, civil society, industry, academia and media. Getting the governance right in all our cities will be central to their success. The delivery of consistent long-term metropolitan planning, supported by integrated governance frameworks, should be a high priority for state and territory governments. At a local level, the amalgamation of councils provides an opportunity to enhance the effectiveness of this level of government.

Addressing the challenges and opportunities of the metropolitan century is not just an agenda for politicians, urbanists, metropolitan elites or city planners.

Concerted Approach As a young, post-colonial country, Australian cities are largely built through relatively new, planned cities. Our capital city famously built from scratch. Architects, planners, developers and the communities that inhabit these cities must engage with a more nuanced evaluation of the role of new cities in delivering the desired triple bottom line of urban productivity, liveability and sustainability. The way to do this is through city plans and infrastructure projects grounded in the principles of good urban planning, supported by strong institutional and governance arrangements, and founded on open and transparent data that enables evidence- based investment decisions.  Planning and decision making must shift away from ad- hoc projects to a more evidence-based, consultative, long-term and strategic view of infrastructure needs. But, addressing the challenges and opportunities of the metropolitan century is not just an agenda for politicians, urbanists, metropolitan elites or city planners. In developing large-scale metropolitan plans or even fine grain district strategies, the user must be at the centre.  Sweeping city visions must also consider human scale: the growing family that needs access to schools and supermarkets; the CBD worker travelling to work on public transport; and business looking to grow and capitalise on a global marketplace. Stakeholder engagement – on both sides of the planning table, is absolutely vital to the future prosperity and liveability of our cities.

Smart Cities and Mega Regions Long-term thinking compels bigger vision. The 2013 book Made in Australia by Richard Weller and Julian Bolleter imagines a future beyond the conventional wisdom of low-density spread and urban consolidation. Following a trend seen in major regions such as Tokyo, Shanghai, and Jakarta, the authors present a blueprint of megaregions and new cities in order to meet the ABS national population projections of 70 million by 2101. https://theconversation.com/new-cities-its-an-idea-worth-thinking-about-for-australia-92990 ) American Urban Studies theorist Richard Florida describes Megaregions as ” the most powerful and resilient economic structures of our time”.  They are formed as once-distinct cities expand and their boundaries blur into are a continuous chain of urban regions which are connected by shared resources, transport links, geographic continuity, and aligned cultural identity.  As continued population growth and low density settlement patterns place increasing pressure on these systems, there is greater impetus to coordinate policy at this expanded scale.[5] There are various Australian scenarios to explore within a new city paradigm: a polycentric city running from Hunter to the Illawarra; expanded regional hubs like NSW Riverina that converge on metropolitan cores like Wagga Wagga; and “new cities in cities” such as the Western Sydney aerotropolis. James Tuma, National Design Director for Urbis believes: ‘Australian cities are at an exciting juncture. In an age of the Metropolitan Century and Asian Century, we have the opportunity to define the future of our cities. One that is distinctively Australian, yet also confident on the global stage.”

Cultural Consideration Cities are not, of course, made up of infrastructure alone.  They are cultural touchstones, reflecting and also shaping the patterns and attitudes or the people who inhabit and are drawn to them.  Good cities allow elements of disorder, spontaneity, informality and unpredictability. Different people, practices and buildings cluster in cities to form alliances; but different values, built forms and activities also intersect and contradict, and make a richer society because of that. As Kim Dover poetically puts it, “We are all agents in the choreography of urban life.” In his Griffith Review essay, Fluid Cities Create, Urbanist and writer Marcus Westbury explains that, whilst you can quantify good transport links, and you can commission public buildings or even the quasi-scientific art of designing successful communities, culture is much more than placement of monuments, buildings or transport links (and far less predictable). “[Culture lives] in a complex ecosystem of regulation, regeneration, tax laws, economic decline and resurgence, subsidy, anarchy, inspiration, history, technology and – most importantly of all – the unpredictable, unquantifiable and subjective fertiliser of human creativity”. He believes that a disregard for community and cultural consequences in city planning has led to buildings, cities, suburbs and communities that are profitable yet culturally barren.  He cautions, however, that culture can’t be prescriptive or forced. “Cultures emerge from the spontaneous, temporary nature of human motivations, passions, interactions and enthusiasms. They often form in rebellion and opposition rather than by deliberation and design. They are unique and idiosyncratic. They result from adaptation and evolution, and they have a tendency to be strongest in the places where no one is looking or particularly wants them to be.” Great cultural cities are those which allow their cultures to flow rather than freeze.

Conclusion: Good city planning will remove barriers to investment and economic growth in major employment centres and transport gateways. It will create vibrant communities that are healthy and well connected– including through increased access to open space and cultural infrastructure. It will also enable a guiding framework for delivering housing supply and choice. Australia needs to be future-planning tomorrow’s cities today.  Urbanists and urbanites must work together (and sometimes in opposition) to achieve the desired triple bottom line of urban productivity, liveability and sustainability. [1] Grattan institute, 2014 [2] Australian Infrastructure Audit, Infrastructure Australia, 2015 [3] Property Council of Australia, 2018 [4] Australian Government Department of Insfrastructure and Region Development (2015) [5] http://www.america2050.org/megaregions.html