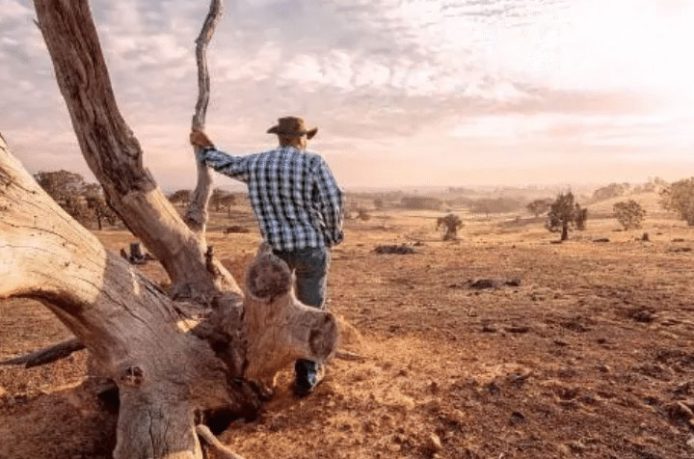 Coinciding with the UN General Assembly, and marking the third anniversary of the Sustainable Development Goals being agreed at the United Nations, Global Goals Week 2018 has just taken place in New York to continue momentum and cultivate ideas, solutions and partnerships to drive action and accountability for the implementation of the recognised goals.  While the world is making strides towards achieving the UN Sustainable Development Goals, experts and global leaders urge more action to meet these ambitious sustainability targets.  As a nation, Australians must do more to strive for a sustainable future.

17 Goals to Transform Our World

On September 2015 at an historic UN Summit , the 17 Sustainable Development Goals (SDGs) of the 2030 Agenda for Sustainable Development were agreed by 193 members of the UN General Assembly officially came into force.  The SDGs are the blueprint to achieve a better and more sustainable future for all. Over the next fifteen years, the SDGs will mobilize efforts to end all forms of poverty, fight inequalities and tackle climate change. The SDGs build on the success of the Millennium Development Goals (MDGs) and aim to go further to end all forms of poverty. The new Goals are unique in that they call for action by all countries, poor, rich and middle-income to promote prosperity while protecting the planet. They recognize that ending poverty must go hand-in-hand with strategies that build economic growth and addresses a range of social needs including education, health, social protection, and job opportunities, while tackling climate change and environmental protection.

The SDGs address widespread global challenges including poverty, inequality, climate, environmental degradation, and violence.  Noting that these issues are equally important, Foreign Minister Francine Baron of the Commonwealth of Dominica asserted that these “modem-day manifestations are wrapped up in climate change” as she addressed the seventy-third session of the United Nations General Assembly this September. Stressing that climate change “must be accepted as the responsibility of our time” she described it as “an economic calculus” that pushes global destruction. “Much violence stems directly from climate-change-induced scarcity of things, like water, or productive lands,” she elaborated, citing climate change as “the main symptom of our world’s broken economy, society and humanity.” This echoed former President Barack Obama’s motivation for adding climate change to the list of National Security Strategy threats in 2015, saying it was an “urgent and growing threat … contributing to increased natural disasters, refugee flows, and conflicts over basic resources like food and water”. Ms Baron underscored that the pursuit of short term profit is the enemy of sustainability changes.  “It is no secret that the lack of motivation by some countries to take the required actions, is rooted in this economic truth: that those who gain most from the activities that create climate change, remain the most removed from its dire consequences”.

“Scientific evidence for warming of the climate system is unequivocal” (Intergovernmental Panel on Climate Change).  The evidence for rapid climate change is compelling. Multiple studies published in peer-reviewed scientific journals show that 97 percent or more of actively publishing climate scientists agree: Climate-warming trends over the past century are extremely likely due to human activities. In addition, most of the leading scientific organizations worldwide have issued public statements endorsing this position. On their beta site Global Climate Change: Vital Signs of the Planet NASA has collated these published consensus statements and a selection of related resources. NASA deliberately takes a global and impartial perspective on Earth’s climate. The agency does not promote particular climate policies but sees its responsibility to do rigorous science of our Earth system that can be used by the public, policymakers and to support strategic decisions. In a sobering catalogue of impact, NASA explores the cascade of effects that climate change is having on our planet: global temperature rise, warming oceans; shrinking ice sheets; glacial retreat; decreased snow cover; sea level rise; declining arctic sea ice; extreme events and ocean acidification. According to a Stanford University study last year, it will only be another two decades before the Arctic Ocean might see ice-free summers, at which point more water will enter the earth’s oceans and rise the sea levels. Northern Alaska and northeastern Russia are already experiencing extreme warm periods (extreme because of their incongruity to the habitat).  Even more concerning, the report states that most of these impacts are locked into the climate system until at least mid-century, so if the world stopped its greenhouse gas emissions tomorrow, Arctic sea ice would still continue to melt until at least 2050. Substantial global reductions in greenhouse gas emissions can begin to stabilise some trends (at higher levels than today) after 2050.  This extreme ice melt would be expensive for the world economy, costing anywhere between $7 trillion and $90 trillion by 2100. Remote communities in the Arctic are already losing their livelihood with restricted access and harder to find wild sources of food.

In less than two years in office, notorious climate change naysayer President Trump has appointed officials who deny the science of global warming, sought to defund climate change programs and begun the process of pulling the U.S. out of the Paris Agreement on climate change. Before taking office he called global warming a “hoax.” In a further demonstration that the Trump Administration has no interest in fighting global warming, climate change was conspicuously absent from Trump’s 2017 National Security Strategy despite its introduction by the Obama government two years earlier. Thankfully, despite his ignorance and arrogance on the topic, Donald Trump has become an accidental catalyst for climate change activation.  Since he took office, a report has shown a major surge in new membership of and fundraising for environmental non-profits in the US (up 700% on the year before for Sierra Club), and a Gallup report showed a fall in the number of people prioritizing the economy over the environment since his election.  Nearly 70 percent of people across every US state said the country should participate in the Paris Agreement, according to a study released by the Program on Climate Change Communication at Yale University in May. More than 2,500 city, state, business and university leaders from all 50 states have also signed on to the We Are Still In pledge to demonstrate an “enduring commitment to tackling climate change, ensuring a clean energy future, and upholding the Paris Agreement”.    Making the most of Trump’s notorious twitter rants dismissing global warming Treepex, a platform in which users sponsor the planting of trees, has created a new campaign to allow users to “fight back” against Mr Trump. Driven by the mantra that “ignorance is as devastating as climate change itself’ the campaign, titled Treespond, aims to be an outlet for those frustrated by the US president’s rhetoric surrounding climate change, by allowing users to plant trees for every environment-related quote by Mr Trump.

In 2007 Kevin Rudd famously described climate change as “the great moral challenge of our generation” yet Australia’s politicians have failed to develop a longstanding policy on on how to cut Australia’s carbon emissions.  Last month exiting Prime Minister Malcolm Turnbull acknowledged climate policy was one of the catalysts for his Liberal Party rolling last month. In his final speech as prime minister, Mr Turnbull acknowledged the Coalition found it “very hard” to take action on climate change.  “The emissions issue and climate policy issues have the same problem within the Coalition of … bitterly entrenched views that are actually sort of more ideological views than views based …in engineering and economics,” he said. Prime Minister Scott Morrison’s new energy minister, Angus Taylor, has made it clear that he is focused on lower power prices and electricity reliability ahead of climate action. “I am and have been for many years deeply sceptical of the economics of so many of the emissions reduction programs dreamed up by politicians, vested interests and technocrats around the world,” Mr Taylor said last week. All of this leaves Australia, once again, without a meaningful plan on how to cut Australia’s carbon emissions.  In last month’s article by news.com.au surveyed nearly 30 leading Australian scientists and they unanimously rebuked our “confused, divided and backwards” government for its “deliberate negligent failure” to take action to reduce Australia’s greenhouse gas emissions.  They also slammed the everyday Aussies who believe climate change scepticism and refuse to acknowledge the state of “emergency” we face.  Reflecting this apathy by almost half the population, The Lowy Institute’s survey of 1200 Australian adults in June of this year found only 59 per cent of Australians thought “global warming is a serious and pressing problem” about which “we should begin taking steps now even if this involves significant costs”.   As a nation, Australia is underperforming in our response to climate change overall.  When it comes to cutting pollution, we have been ranked fourth-last in the world.  The Climate Change Performance Index has ranked us 57 out of 60 countries, and rated China’s climate efforts as higher than Australia’s.  The index takes into account pollution per person, developments in the last five years in absolute pollution and how Australia’s targets compare to the action needed to keep global warming below 2C.  In particular, Australia was rated as one of the “very low” performing countries in three of the index’s categories: for efforts to reduce emissions, improve energy efficiency and to develop a decent climate policy.

As a result, our grim prognosis is more extreme weather events such as severe bushfires, droughts and heatwaves, and greater sea level rise, leading to the displacement of millions of people.  It should concern all Australians that, despite our national pride in our beautiful natural resources and green environment, our emissions reduction status is appalling. Thankfully, corporate initiatives, standout sustainability ambassadors, and a groundswell of grass roots activists are embracing transformation – are picking up the mantle.  Our TREND article lists the corporate crusaders motivated to demonstrate a commitment to triple bottom line business (and certainly responding to consumer demand).  Our GUIDE article lists the local hero’s making a change in theri corner of the world. And our INSIGHT panel this month highlights 3 people making waves for a better future. Last Friday, the Australian government released its first report on our progress towards meeting the United Nations’ Sustainable Development Goals by 2030. The report highlights that Australia is a prosperous and generally healthy country. But it also acknowledges significant challenges, such as improving the health and prosperity of Australia’s Aboriginal and Torres Strait Islander peoples, and helping workers in the resources or manufacturing sectors who are facing technological and industrial transitions.   Every Australian must take heed of these 17 goals and actively participate in big and small ways to ensure economic prosperity and social inclusion, while protecting the planet.  We must embrace transformation – through knowledge, attitudes, individual behaviours and social action to achieve the sustainable future vision by 2030.