The Office Space’s inside scoop on the 20th Biennale 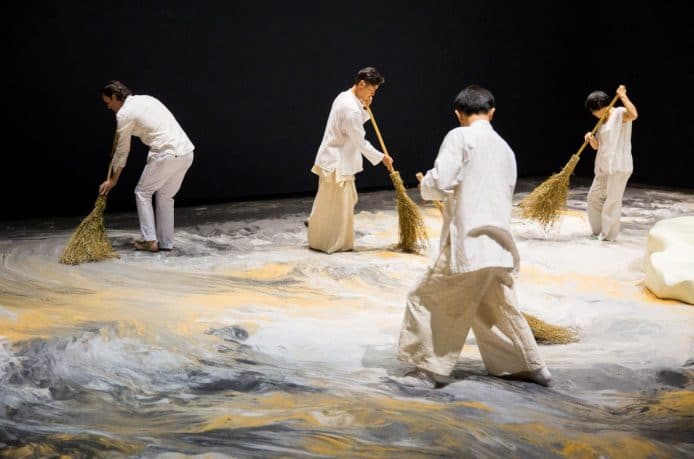 At the recently launched 20th Biennale of Sydney. Guest Artistic Director, Dr Stephanie Rosenthal (Chief Curator at London’s Hayward Gallery), addresses the urgency for reaction to and reflection upon our current place in time. She has assembled 83 international artists from 35 countries to exhibit, perform and spark debate across seven venues or “Embassies of Thought” including major cultural institutions plus a constellation of “In-Between Spaces” spread across the city over three months.

Based on a famous quote by science-fiction writer, William Gibson, the Biennale’s theme: The future is already here – it’s just not evenly distributed, explores the “uneven spread of technologies and resources, access to citizenship and political rights in the world today, and the uses and effects of digital technologies in different contexts,” explains Rosenthal. Over half the 200-plus artworks have been specially commissioned for the Biennale.

Notable experiences include Taro Shinoda’s all-encompassing vacuous room with cracked white clay within the “Embassy of Spirits.” Standing on a raised platform lined with tatami matting, the stilted silence feels powerfully restorative. A ferry-ride away at the “Embassy of the Real” on the Cockatoo Island (a former convict colony and abandoned shipyard), choreographer and artist William Forsythe suspends a field of silver bulb pendulums activated in opposing linear directions from a mechanised grid. Visitors navigate their way through the shower of metallic rain.

At the remote end of the island, Chiharu Shiota explores complex relationships between body and mind within a darkened former convict sandstone dwelling by weaving a dense web comprising thousands of metres of black thread around metal-framed beds. Trapping memories of the ghosts of spirits passed, Shiota creates a dreamlike place that exists between sleep and wakefulness. At the “Embassy of Disappearance,” Lee Mingwei painstakingly recreates Picasso’s Guernica as a large-scale floor installation in fine coloured sand, only to be walked upon and swept up in an act demonstrating the cycles of creation and destruction.