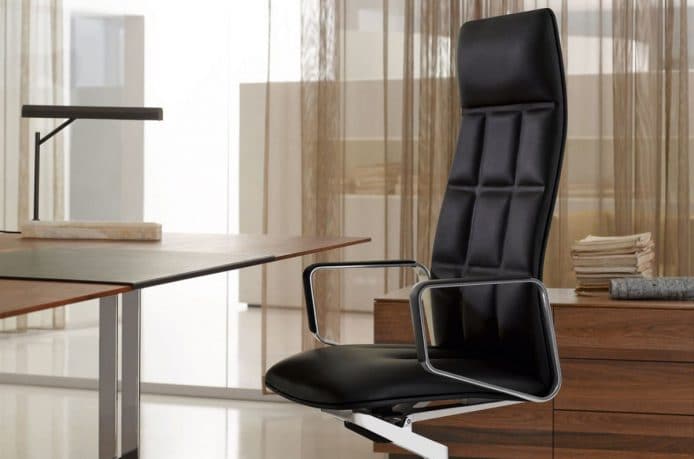 Salone del Mobile is the world’s largest furniture fair and trade show, attracting over 300,000 visitors to its host city of Milan last year.  Here is our selection of the best in show, including new works from those designers featured at our soon to open Paramount House location, Paramount by The Office Space.

Favilla Designed by the architect Attilio Stocchi, Favilla is an exploration of the essence of light, ‘a light no more merely considered as a means of illuminating things, but as the bringer of its own revelation, as a person, with its states of mind and its voice.’ Favilla is concealed in a large black box inside of which light is intensified like in a crystal, producing stunning effects. Following a journey mapped out inside this box, visitors will be treated to an immersive experience devoted to light, associated each time with a particular sound, discovering a deeper internal world that generates wonder.

Workspace 3.0 Occupying pavilions 22 – 24, Workspace 3.0 is an entirely new exhibition of the latest innovations in the realm of office furniture and corporate design.

Terrazza Triennale The new restaurant from chef Stefano Cerveni on the top floor of the city’s design museum, La Triennale, is another of this year’s attractions. Launching on April 8 and open throughout the Salone and the Expo, the restaurant will feature a newly renovated terrace and a large conservatory and botanical garden. Diners can enjoy dishes as they take in the view over Parco Sempione and soak up the city’s atmosphere.

SaloneSatellite Operating under the theme, ‘Life Planet’, SaloneSatellite is a pavilion dedicated to 700 young designers  selected from all over the world.

Walter Knoll Founded in 1865 with a leather shop in Stuttgart, Germany, Walter Knoll continues to make its mark in the history of furniture: it has created classic pieces and icons of the avant-garde and is a by-word throughout the world for modern design. At Salone, Walter Knoll will present its classic lifestyle pieces, as well as a second modern working world presentation. Walter Knoll lead chairs will feature at Paramount by The Office Space.

Tom Dixon British lighting and furniture designer Tom Dixon will be returning to Milan with Cinema, a new exhibition taking place in an old picture house as part of the Designjunction showcase. As well as hosting a daily light show, it will feature a series of new installations containing new products. Look out for the Melt pendant lamps, which look like misshapen globes in either copper, chrome or gold; the Lens pendant light; and the new Wingback chair.