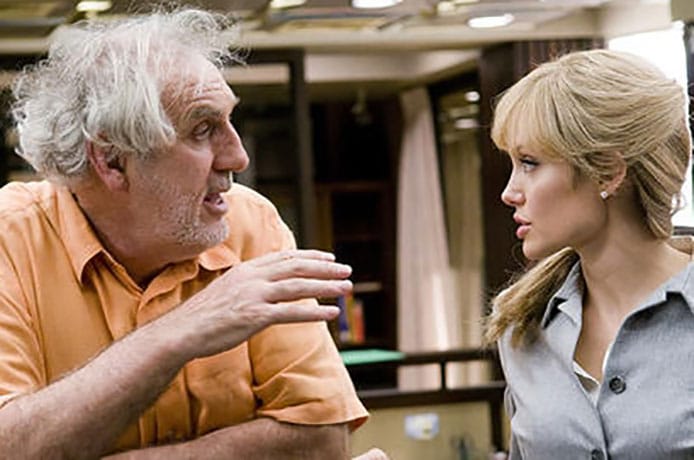 Phillip Noyce is without question one of the elder statesmen of Australian film so it was an incredible honour for The Office Space to speak with him over the phone direct to his LA lounge room about his illustrious career and his latest works. The iconic director’s storied career trajectory took him from the raw DIY arts scene of Sydney in the early 70s to the very peak of big ticket Hollywood, where he made globally successful movies such as Salt, Patriot Games, The Bone Collector and The Quiet American. Yet for all his technical virtuosity, Noyce remains foremost a storyteller, once declaring: “A true director is not a director because he necessarily understands the technical aspects of making movies. That can be learned. What can’t be learned is a voracious appetite for telling stories.”

Noyce was a seminal member of what’s often called the Australian ‘new wave,’ a ragtag group of independent filmmakers and creatives that coalesced in the late 60s before there was no Australian film industry to speak of. They made it happen. Looking back, the filmmaker chalks this up to the intersection of organic talent and government intervention”

“[until then] the cinemas and distribution had traditionally been run by British and American interests who all treated us like shit,” he explains. “The general feeling was that Australians didn’t have the technical know-how to make films and why should they anyway.”

The Australian film revolution was ignited in 1969 with the adoption of the experimental film fund for beginners, the creation of a film school and the Australian Film Finance Corporation, which was tasked with investing in feature films.

“This was a revolutionary idea and it so happened that there was a whole group of us who were dreaming of making movies but not quite knowing how we’d achieve it,” Noyce recalls.

“And suddenly it intersected with this massive support coming from the government.”

These unprecedented events produced a group of filmmakers that remain vital to this day, including notables names such as Peter Weir, Gillian Armstrong, George Miller, and Bruce Beresford. After cutting his teeth on a handful of well-received indies, Noyce broke out with 1976’s Newsfront, which, among other films, was a critical moment in establishing Australian talent abroad.

Noyce recalls: “Newsfront was quite a personal film in that it was about my father’s generation. They were born almost into depression and then the second world war came along. After this war all they wanted to do was come home and buy a house in the suburbs and give their children all the opportunies they didn’t have. Newsfront was really a poem to my parents generation and their values.”

The so-called new wave were making stories that, unlike what came before, actually reflected the Australian experience; the results were revelatory for audiences.

“When we were growing up, you couldn’t hear an Australian voice in the cinema,” Noyce remembers.

“The audience were hungry for the films we were making and it was an exciting time. There was a sickness called cultural cringe that told us that we couldn’t tell stories or write scripts or direct and we said fuck it, we’re going to overcome this.”

For Noyce, The gilded doors of Hollywood opened in 1989, the key being a taut psychological thriller, which paired Sam Neill with a then-unkown Nicole Kidman. Dead Calm remains a masterclass in suspenseful storytelling, innovative sound design and sleek cinematography. It feels modern and relevant three decades after its premiere.

“I think that’s largely due to Billy Zane’s goofball impersonations; he was pretty off the air,” Noyce says.

“I just let him just run with his dialogue and he knew he could pretty much say anything and as long as it was good we’d use it. The story is just very compelling, which is why Orson Welles tried to make that film – he made a quarter of it and later abandoned it.”

Even though the film wasn’t a box office smash per se, it was seen – and embraced by – all the right people.

“[the move to Hollywood] wasn’t expected at all. I was lucky because Dead Calm developed a cult following, particularly amongst filmmakers in Hollywood, so I quickly got offered a film with Harrison Ford,” says Noyce, referencing the box office smash Patriot Games.

“The transition was quite interesting and I soon learnt there are two rules to working in the Hollywood studio system 1) the director has got to get along with the actors and 2) until you do test previews, you can sort of do what you want.”

The latter decree was tested during the director’s second film with Harrison Ford.

“During Clear and Present Danger there was a moment when Harrison lost confidence in me as a director and he didn’t like the first cut,” Noyce remembers.

“But when the early previews returned a score of 93/100 suddenly the actor loved the director again and all the problems went away. It also helped that I was working with another Australian [cinematographer] Don McApine, so we came from a similar perspective and I had a trusted ally behind the camera.”

After a string of big-budget Hollywood hits, which included The Saint and The Bone Collector, Noyce began to long for the more intimate stories that informed his early career.

“[at that time] I could have gone on to do the Jack Ryan films for Paramount, but I was starting to feel homesick.” Noyce says.

“When I finally read the script for Rabbit Proof Fence, I realised that just like the kids in the story, I needed to go home. That break from the system opened up the possibility of making The Quiet American, a film that I’d been wanting to make for fifteen years. So the two films came together almost simultaneously beginning a 10-year period outside Hollywood.”

Today, Noyce works both within and without the system, making stories that range in scale, scope and budget. He’s helmed the Angelina Jolie vehicle Salt and produced and directed several premium cable series. He has also embraced the tectonic shifts that have changed the game in Hollywood in the last decade by creating work for content streaming services, including Netflix’s recent series What/If.

“Like most directors in the world now, I’m working as much in television because it really is the golden age,” the director says.

“the streaming revolution has revolutionised the kinds of stories that audiences are finding appealing as well as the ways that audiences can find those stories. There are just enormous opportunities in television.”

That signals good news for talent both in Australia and abroad. “New people are breaking through all the time,” Noyce says.

“Hollywood has always had an open door to talent, but what they hadn’t realized is that there’s always been this amazing resource sitting amongst them and that is women. Suddenly, with Wonderwoman and other films, we’ve realized that women can make films just as aggressively as men. And in fact, a female take is sometimes even better because it involves an emotionality rather than just straight up action. The other thing that has happened is that they’ve realized that African Americans also have a unique perspective and one that can resonate with a wide audience.”

In 2019 – three decades after Dead Calm rattled a generation of film fanatics – Noyce remains as enthusiastic about the medium as he was as a bootstrapper making short films whilst pursuing a degree at Sydney University. When asked whether Australia today could produce a wave of talent like the one that came together during his early years, he is surprisingly positive.

“I think it is happening in Australia,” he states.

“There is a dynamic wave of indigenous filmmakers and they are compelling because they’ve got stories to tell and history that’s been denied and hidden. A film like Sweet Country could never have been made by a white Australian and it’s the same in television now with Mystery Road with Warwick Thornton and Wayne Blair both directing it.”

The filmmaker will return to Australia once more for The Rats of Tobruk, a deeply personal project based on the Australian soldiers who successfully defended the Libyan port of Tobruk during World War II.

“This film, now in development, is based on the diaries of my dad, who was a Rat of Tobruk and spent nine months surrounded by Rommel’s Africa core back in 1941,” Noyce says.

“It’s an epic war story and a love story starring my dad and my mum; it’s the story of his last night of leave before getting on the Queen Mary and sailing off to the Middle East. He only spent 8 hours with my mother before asking her to marry her. He left and came back shattered and 3 hours after he returned they got married and it lasted 65 years.”

From a production point of view, the film will be ambitious in scale and, according to the director, will only possible due to the sweeping advances in technology.

“Technology and CGI have opened up endless possibilities,” Noyce explains.

“We’ll be shooting a huge canvas – a battle field that’s 28 miles wide with thousands of tanks, dogfights in the sky (aerial combat) and scenes of incredible heroism. A lot of things we do now we can only do because of advances in technology and we can also shoot a lot faster as so much is done in post-production.”

Faced with different modes of production and distribution, entirely new business models and the unprecedented intervention of technology, Noyce, ever the shape-shifter, remains energised about the future of film.

“Just when you thought you knew something you realise you don’t know anything,” he says with self deprecation. “A good story is still a good story, but just when you feel like you’re slowing down and getting older you end up going twice as fast.”

Proving as generous and candid with his visual momento’s as with his time for this interview, Phillip has shared a visual feast of personal photographs for us to share below.