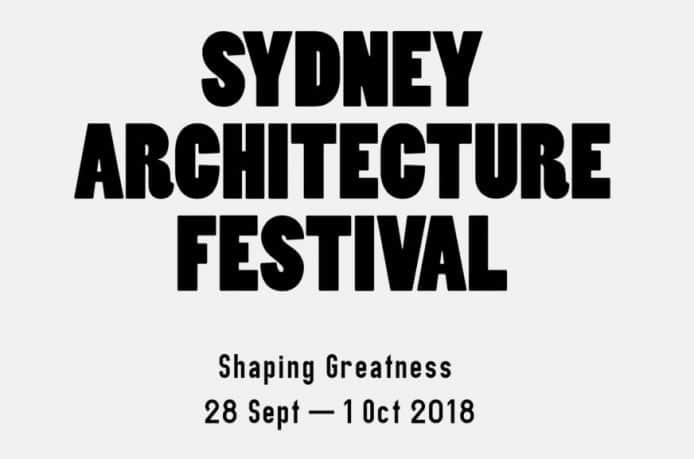 This October the Sydney Opera House celebrates its 45th anniversary and Parliament House turns 30. Plans for the careful renewal of both architectural icons are underway, so it’s fitting that the 2018 Sydney Architecture Festival should ask: ‘What makes a building truly great?’ Now in its 12th year, the festival is produced by the NSW Architects Registration Board (NSWARB) and aims to bring architecture and design out of the boardrooms and studios and into the public domain, for us all to experience first-hand. Here, we share our picks of the four-day festival. Insight Talk: Fluid Cities Insight by The Office Space changes its regular Tuesday night and its atmospheric Golden Age Cinema locale to host a very special Architecture Edition on the new Paramount House rooftop pavilion for the Sydney Architecture Festival.  A panel of experts at the coal face of Sydney’s urban design and development consider the role of design, planning and good policy in managing the ebbs and flows of a city in flux and gearing for the future. Friday 28 September 2018 6pm – 7:30pm Paramount Recreation Club, Level 2 Paramount House

From Poisoned Chalice to Social Icon Sydney’s own global icon has a backstory to match its dramatic architecture, and while most of us know the crux of it, there is much to learn of the little-known intrigue surrounding Jørn Utzon’s exile and long-distance collaboration with Peter Hall. From Poisoned Chalice to Social Icon: An Accelerated History to Now offers a closer look at the story of the Opera House, as told by architectural historian and author Dr Anne Watson. The building’s modern status raises the question: how do we measure the social value of architectural icons? By combining digital ethnography and data analytics, author Dr Cristina Garduño Freeman attempts to do just that. Saturday 29 September 2018 10.30am-11.30am Utzon Room, Sydney Opera House

Ethics in an Age of Excess While Australia’s economic growth soars and local architects ride the waves of game-changing infrastructure and luxurious commercial towers, some are asking if architecture has lost its social purpose, its concern for the public’s interest. Philosopher and author Dr Simon Longstaff AO, architect and author Professor Flora Samuel, architect Shaun Carter and critic Laura Harding get to the core of this divisive topic. Sunday 30 September 2018 2pm-3pm Utzon Room, Sydney Opera House

This year there could only have been one central hub for the festival. Join us at the Opera House from 29 September to 1 October. Tickets are available at https://www.sydneyarchitecturefestival.org/