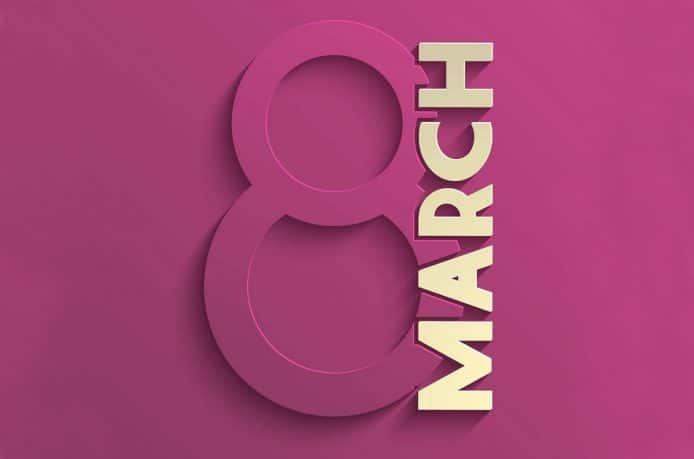 It’s here ladies!  Allow yourselves to be celebrated and celebrate others this March in honour of women around the world.  March is the month to showcase our sisterhood and we are being called to #beboldforchange and advocate for a more gender equal and inclusive world.

Women in Focus – Commonwealth Bank Australia In honour of International Women’s Day, Women in Focus will be hosting an array of inspiring events throughout Australia this March.  Each event will be run with the focus on supporting a local community group for women.  Be inspired by the guest speakers as they lead the conversation and confront the big issues: creating better communities, empowering women, and improving quality of life, career, health and family. Join the community here.

All About Women – Sydney Opera House Kicking off on March 5 #allaboutwomen returns for its fifth year running as the wildly popular (and sell out!) festival.   Hosting a multitude of talks and events, it explores a wide range of themes from equality to unconscious bias, education and the impact of war.  Join the debate lead by innovators, culture shakers and creators to tackle the tough topics. Jump onto tickets asap!

Hidden Figures – Movie review The incredible true and untold story of three history-breaking African-American women working at NASA; Katherine G. Johnson, Dorothy Vaughan and Mary Jackson. Crossing all race and gender barriers, the visionary women played a crucial role in one of the greatest space operations in history.  The film is a heart-warming, cinematic delight to watch and beautifully tells the story of a pivotal piece of history.  Now showing throughout cinemas in Sydney.

The Pussy Talks – an educational documentary with Mukee Okan This saucy Sydney event screens a 55 minute documentary of 28 women sharing their most intimate sexual anatomy, in an attempt to reconnect to the sacred source.  Too many women in the world experience shame or guilt towards their bodies and often hide their sexual desires. The Pussy Talks aims to share these experiences, celebrate our physical differences, and empower the female to harness the power of the pussy! Showing at The Leela Centre in Darlinghurst, grab tickets here

Women in Wikipedia: Edit-a-thon Want to do your part for Women’s History Month? Sydney University Press is holding an edit-a-thon at the University of Sydney Library to combat the diversity problem on Wikipedia.   Only 16% of all individuals profiled are women, way too low a number!  This year the focus on Australian women writers, scientists and scholars. Snacks included!

Previous Post
Trend: Become a Charity Connoisseur
Next Post
Guide: Five Sydney based events to check out this month