Guide: Five Sydney based events to check out this month 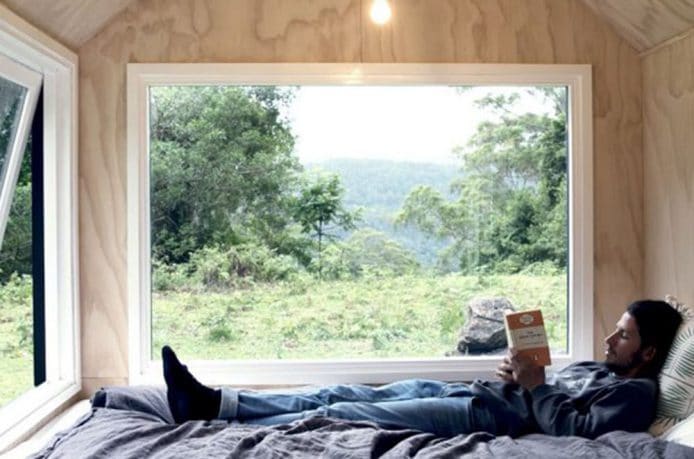 Bush Tucker Botanical Reconnect to Australian soil and learn how to use native ingredients in your everyday cooking. Held within the beautiful grounds of the Royal Botanic Gardens, be taken through the traditions of making bush tucker by inspiring Aboriginal guides. Forage through the freshly grown produce in the gardens, gather your own ingredients, and relish in the ancient teachings of how to prepare, cook, eat and enjoy traditional bush tucker, taught by the masters. Running through April and with limited tickets available, enjoy learning more about the culture of Australian land, and explore this indigenous legacy.

The One Man Orchestra at The Opera House Andrew Bird is a musical innovator known for his unconscious stream of violin playing, sophisticated looping and whistling orchestral sounds. After his last sell-out show back in 2011, he returns to The Opera House this April, to deliver his whimsical ramblings of joy and humour, and his ability to make the mundane things sound like the most beautiful things. Featured on the international TED Talks stage, not only does he perform his instinctual, improvised songs, which surprise and delight, he explains the inspiration and meaning behind his music. A rare Sydney experience, Bird is known to never play the same set twice – an appearance not to be missed.

Comedy Festival The laughs are back in town! The 13th Annual Sydney Comedy Festival returns to our harbours and kicking off the opening Gala on 24th April, held at the one and only Sydney Opera House. Promising the most humorous of humans, this years line up brings some pretty big names on the comedy scene with the likes of International acts Chris D’elia and Arj Barker on the tour, not to mention our Aussie fav’s Dave Hughes, Cal Wilson, Ash Williams and more. The festival offers something for everyone with genres ranging from stand up to sketch, satire, impro, musical, absurdist, theatre, magic and kids comedy. If you feel like catching some post-work local lol’s, head to the closest venues at Sydney Town Hall and Metro Theatre.

The National 2017: New Australian Art An exhibition profiling a mix of emerging and established artists, curated across three of Sydney’s premier cultural institutions: Art Gallery of New South Wales, Carriageworks and Museum of Contemporary Art. Open throughout April The National 2017 is one exhibition collectively across three respected venues, linking Sydney’s key cultural precincts with a focus solely on contemporary Australian Art. Over six years in the making, The National is the ultimate collaboration with an abiding commitment to supporting new work and sustaining its relationships to audiences. This landmark initiative will run over three editions, opening in 2017, 2019 and 2021, showcasing a diverse range of mediums, including painting, sculpture installation, drawing and performance and more. With free admission across all venues the event kicks off from March 30 and runs over two months. Explore the artworks and artists on The National website for more information.

Disconnect from the city and reconnect with nature We read that adulthood is basically emailing humans “sorry for the delayed response” back and forth until one of you dies. This April we encourage you to break away! Turn off your devices and disconnect from technology to reconnect with nature in your very own tiny house in the wilderness. Meet the small start up proving to be a big hit for Sydney-siders. Founded by Sydney-based brothers Chris and Cam Grant, Unyoked is a unique space of solitude and the perfect sanctuary for some serious chill-time in mother nature. These tiny and beautiful solar-powered homes are architecturally designed, sustainably built and set in secret locations two hours outside Sydney on private properties in the wild Australian bush. Especially secretive, the guys won’t even tell you where you are going until the day you flee the city. Enjoy a piece of unlocked wilderness promising you a minimum footprint with maximum chill. Leave your phone at home, relish in the lack of wi-fi and disconnect with unyoked.