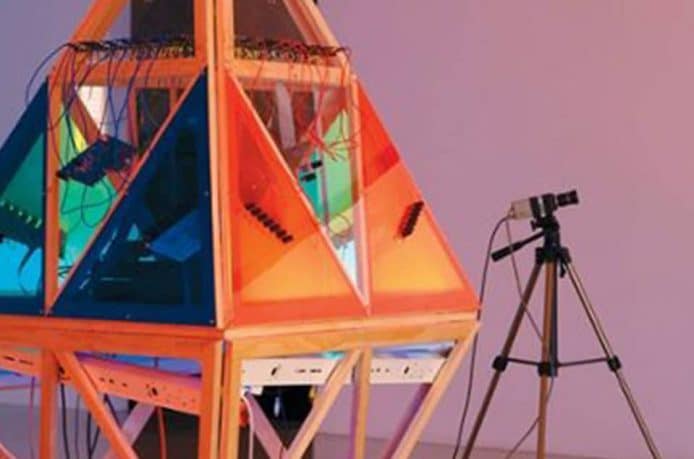 SEE Spring has at last officially sprung in the museum world with the launch of the annual Primavera exhibition at the Museum of Contemporary Art in late September. Showcasing the work of Australian artists aged 35 and under with a guest curator Emily Cormack at the helm, it celebrates its 25th anniversary this year. Primavera 2016 explores ideas of transmission, highlighting the ways that art can physically connect with the viewer and how an artwork’s meaning can be generated by this encounter. The eight artists in Primavera 2016 include: Steven Cybulka (SA), Pia van Gelder (NSW), Biljana Jancic (NSW), Ruth McConchie (QLD), Adelle Mills (VIC), Mira Oosterweghel (VIC), Emily Parsons-Lord (NSW) and Danae Valenza (VIC), each creating new work for the exhibition. Also catch the first major museum survey of Australian painter Louise Hearman featuring painting and drawings from across her 25-year+ practice. Her strange, disturbingly dark dream-like paintings solicit inquisitive investigation. They are often said to have a cinematic quality, and like film stills, they capture transient moments of imaginary time. Details: Museum of Contemporary Art 140 George Street, The Rocks Louise Hearman and Primavera 2016 run until 4 December 2016 Free admission to both exhibitions MCA

HEAR Gather around the Sydney Opera House forecourt on balmy evenings later this month. In a performance first, the 100-metre wide steps will be transformed into an elevated stage upon which an operatic drama portraying the chequered history of the Sydney Opera House will unfurl on gliding platforms against a backdrop of giant screens displaying historic Sydney photos from the distant past to the current day in The Eighth Wonder. Upon the steps, a dozen of Australia’s talented singers will play more than forty characters between them portraying personalities that have shaped the building of the Sydney Opera House – from the New South Wales Premier to a Sydney socialite. Giant glowing balls of paper, projections and lighting effects will complete the spectacle. Details: Sydney Opera House Forecourt 28 October – 5 November Cost: $69-185 for full-price adult tickets / buy tickets

TASTE Bacchanalian Bravado   Mental Notes: it’s not a tasting, it’s not a festival, it’s not a pop-up, and it’s certainly not a symposium – in the words of DRNKS founder Joel Amos, it’s a wine party. So cheers to that! Back for its second swig and in keeping with its disregard for traditional wine tastings (the quality of wine may be serious but the stitched-up attitude ain’t), the gathering takes place at the Paddington Town Hall and will feature gallons of wine, new and old. And if wine isn’t your caper, there will be rare saké and spirits on offer too. This event has been organised with the help of the boys from Mary’s and the team behind DRNKS. Saluti! Details: Where: Paddington Town Hall, 249 Oxford St, Paddington When: Sat 15th October / two sessions: 12pm–2:30pm and 3pm–5:30pm Cost: $40-90  / buy tickets