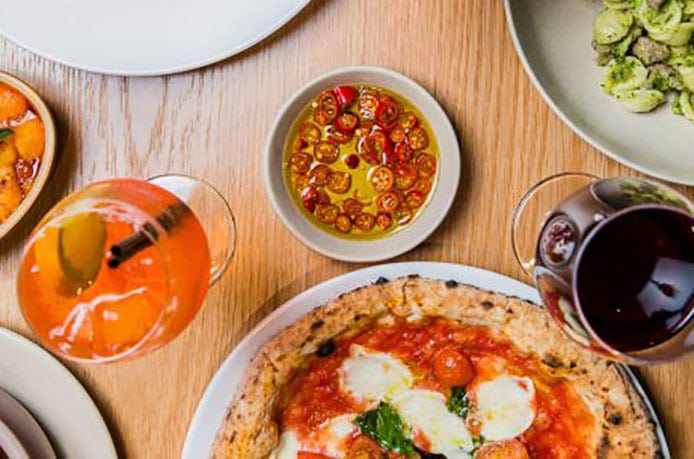 A Millennial, a Gen Xer and a Baby Boomer walk into a bar… If there’s one thing a vox pop can do, it’s turn a stereotype on its head. Mirroring our local pocket guide categories, we asked one member of each generation what they liked to do and where they liked to go for kicks in the inner Sydney areas, and none of them stayed true to their preordained pigeonholes. This and the local tips embedded here are lessons to be savoured. Meet Poppy Williams, who goes against type in her self-ascribed introduction alone; delightfully deriding herself as “a pretty lame millennial”. Wiet Pruim classifies himself as Generation X, “although with three teenage daughters I avoid labels!” Greg Openshaw satisfies an expected Boomer trait when he talks of the “unpretentiousness of beer”, but as an “empty nester” he has a social life most Millennials would crave.

Poppy “We prefer a pub to a bar, and it generally depends on which has the best pool table. This for us is the East Sydney Hotel. If we’re after a nice cocktail we’ll try the Golden Age – but that would be once in a blue moon.” Wiet “I live in Brisbane but commute to Sydney for work. I go to Bar H Dining: I like sitting at the bar, reading a book and having a meal.” Greg “I like the Hollywood Hotel for beer (I like the unpretentiousness of it) and the Golden Age bar for beer or negroni – it has a nice cosy atmosphere.”

Poppy “Most of our eating is done at home. I love to cook and always invite friends over to eat, which is very satisfying. But if we do go out we go to Lucio Pizzeria on Palmer Street in Darlinghurst. It’s my boyfriend’s favourite place and he is incredibly picky when it comes to mozzarella.” Wiet “For breakfast, I go to Bar Coluzzi in Darlinghurst because it serves coffee at 5:30am. I’m a morning person. And I like Single O because it makes me feel cool by association. For lunch, I like the food and vibe of Reuben Hills, the Banh Mi rolls of City Edge Cafe and Bamboo Dumpling Bar for a team lunch. For dinner, Malabar South Indian is great, though a little expensive so get your (Baby Boomer) parents to take you.” For dessert it’s Messina – I should get loyalty points, I’m addicted.” Greg “In Surry Hills I like Nomad, Chin Chin, Poly and Longrain (we went there the week it opened way back in the days). In Darlinghurst, I like The Owl House and Fu Manchu. In the city, I like Tapavino, Lotus Dumpling Bar (a favourite when we go to the Roslyn Packer Theatre) and Chat Thai in Haymarket. They’re all about the quality of food, good wine and cocktail lists and cool atmospheres. We eat out on average one to two times a week. It helps that we are post-kids with more time and disposable income on hand.”

Poppy “As you have probably guessed, we are homebodies, but we always go to art galleries. There are some fantastic ones in the area. When there’s an opening at China Heights we always go, and whenever there’s a new exhibition at the White Rabbit Gallery in Chippendale we’ll always see it. It showcases contemporary Chinese art owned by the founder, Judith Neilson. She has about 2000 pieces, so there are normally two new exhibitions a year.” Wiet “I love to walk and most days I’m in Sydney I walk 10km plus. I do an early morning loop from Darlinghurst to the Botanical Gardens along the water past the Opera House, Circular Quay and Harbour Bridge to Barangaroo, then through Darling Harbour and past Central station to work at the Office Space on Reservoir Road.” Greg “For theatre, we go to the Belvoir and to see the Sydney Theatre Company at Millers Point and the Opera House. We go to music gigs at the Opera House, Metro and Enmore Theatre. I did miss my favourite band Bin Juice (my son’s band) playing at the Golden Age a couple of weeks ago as we were overseas. Otherwise, we like to see exhibitions at the Carriageworks, White Rabbit, and the Art Gallery of NSW. We try to walk a lot – around the harbour, out to national parks, around the suburbs and to the shops.”   From homebody Millennials to gig-going Boomers, it’s a Guide To The Folly of Assumptions.