Get Reboot Ready This Summer 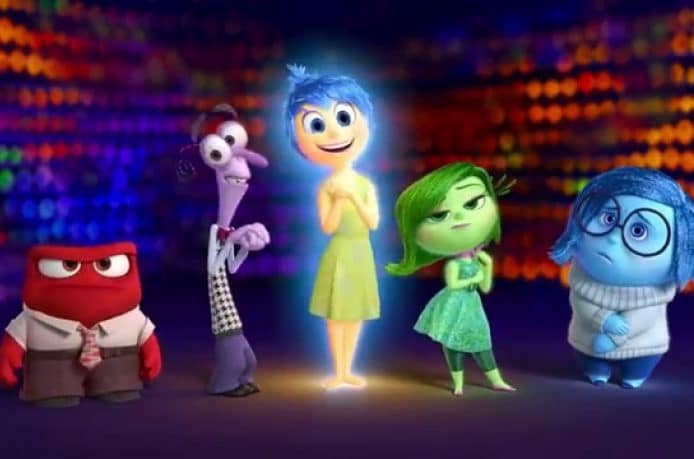 We’re celebrating the close of the year with a list of resilience-building goodies to get you feeling rebound-ready and prepared to face 2021. Though it might not be the party-filled Summer we’re used to, 2020’s final PULSE is here to make sure you’ve got the tools at hand to reboot this sunny season! Be it reading, watching, learning or listening, these Reboot Ready favourites will leave you feeling refreshed, inspired and ready to take on anything 2021 might throw our way (because after the slow-motion car crash that was 2020, we’re determined to prepare ourselves for ANYTHING!)

Iconic Australian fashion designer Alannah Hill is no stranger to hitting rock bottom. The last decade has seen her face cancer, the closure of her business, grief and a great deal of loss. Never one to wallow, Alannah has learnt to embrace imperfection, sharing her wisdom and tips for building a rock-solid sense of resilience with her friends, family and now you! To celebrate the release of Alannah’s new book, The Handbag of Happiness, Sydney’s largest community of business-minded ladies, Business Chicks, is hosting An Evening With Alannah Hill. If you’re a Business Chicks premium member you can watch online for free. Or, for a $25 ticket, you’ll be privy to tips and tricks from one of Australia’s most-loved fashion icons.

INSIDE OUT – DISNEY PIXAR

In 2000, Inside Out director Pete Docter reached out to Professors of psychology at the University of California to inquire about how our emotions might govern our conscious mind. Unlike most children’s movies, the making of Inside Out featured a team of scientific consultants, all helping Pixar determine what exactly dictates the emotional life of an 11-year old girl. Released 15 years later, the result is astounding. Inside Out tells the story of Riley, whose move from Minnesota to San Francisco sends her emotions and mind into a tumultuous spin. In Inside Out, Riley’s emotions Joy, Sadness, Anger, Disgust and Fear are personified. Inside Riley’s mind, her emotions battle for control, and as things get worse for her, her normal driver, Joy, begins to lose the wheel. Without giving too much away, the film’s original take on resilience is sure to leave you feeling uplifted (all be it a little sniffly) and inspired.

THE THEORY OF EVERYTHING

James Marsh’s 2014 film based on the life of the late theoretical physicist Stephen Hawking and his first wife Jane Wilde (Hawking) garnered the team five academy award nominations, including a win for best actor Eddie Redmayne. Based on Jane (Hawking) Wilde’s 2007 memoir, Travelling to Infinity: My Life With Stephen, the film follows Jane and Stephen’s romance and the diagnosis of Hawking’s motor neurone disease, also known as amyotrophic lateral sclerosis (ALS). Initially given only two years to live, Hawking defied all odds to go on to live a full, and hugely influential life. Though the couple divorced in 1995, they remained close up until Hawking’s death in 2018. The film is a poignant reminder of the power of love, perseverance and an active mind.

In 2012, Aminata Conteh-Biger had a near-death labour experience while delivering her daughter, surviving thanks to her access to high-quality healthcare here in Australia. As the first ever refugee from Sierra Leone to seek asylum in Australia, Aminata is well-aware of how vastly different birthing conditions are for women here compared to her home country. In Sierra Leone, the lifetime risk of dying whilst in labour is 1 in 17.  That is about 500 times more dangerous than having a baby in Australia. The Aminata Maternal Foundation is the product of Aminata’s passion for making change in Sierra Leone. This November, you can help Aminata on her journey to improving infant and mother health in Sierra Leone by taking part in the November Walking Challenge. Funds raised from the AMF Walking Challenge will make birth safe for women, teenagers, their babies and the medical staff caring for them during COVID-19. Sign up now and commit to walking 89.6kms over two weeks.

Host of the US hit show The Daily Show, Trevor Noah brings his trademark dark humour, satire and biting wit to his memoir, Born A Crime. Growing up in the midst of apartheid in Johannesburg, Trevor Noah’s astute observations about life as a minority, politics, race relations and family dynamics will have you somewhere between cry-laughing and laugh-crying throughout. From being chucked out of a moving car by his mother, to his brief stint as a criminal, Trevor Noah’s life is one full of adventure, adversity, and absurdity. Make sure you don’t miss out on Noah’s hilarious accents and impersonations by accessing the audio book online via Audible.