Equip: The Death of Truth 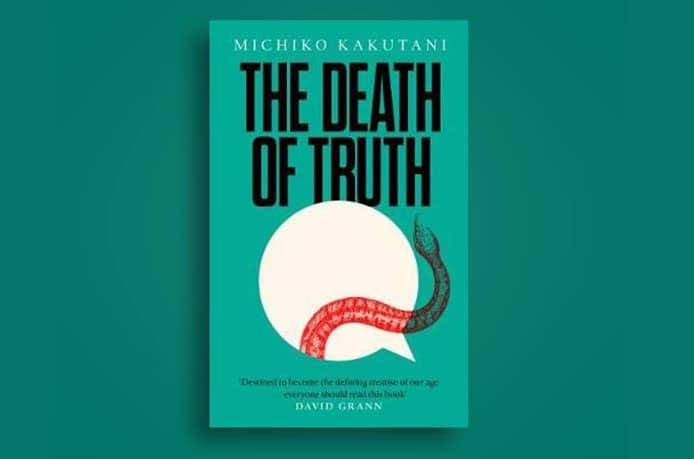 Once described by Vanity Fair as “the most powerful book critic in the English-speaking world”, former chief book critic for The New York Times and Pulitzer Prize winner for Criticism, Michiko Kakutani has Trump and Truth in her sights as she pens her first book The Death of Truth. Charting a course across history, she argues that post-truth is pre-fascism where those in power get to define what the truth is.

Her comparison of this political era to past Nazi and Soviet regimes is chilling and her polemic on Trump, whom she terms truth’s “bizarro world apotheosis”, is unbridled: “His lies are meant to wear us down. To overwhelm and exhaust us, to make people so cynical that they cease to distinguish between fact and fiction.” While Trump’s endless prevarications consume a considerable component of the book, Kakutani also delves into modern phenomena such as social media filter bubbles, Russian troll factories and bot armies. While the book is rather slim given the enormity of the topic, Kakutani manages to weave in salient references to many historical figures including Derrida, Orwell, Arendt, Tocqueville, T. S. Eliot, Gertrude Himmelfarb, Philip Roth and Tom Wolfe. And then there’s Putin, who, naturally, does not escape the writer’s wrath; in one of her many tirelessly researched references, Kakutani cites the RAND Corporation report that calls the Russian autocrat’s method of propaganda a “firehose of falsehood.” Penguin Random House is offering The Office Space 10 copies of The Death of Truth. To win a copy, simply tell us in 50 words or less what truth means to you. We will announce the winners at the end of the month.

What: Win a copy of The Death of Truth thanks to Penguin Random House.

How: Tell us in 50 words or less what truth means to you. Email to events@theofficespace.com.au