Culture Guide – All About Women 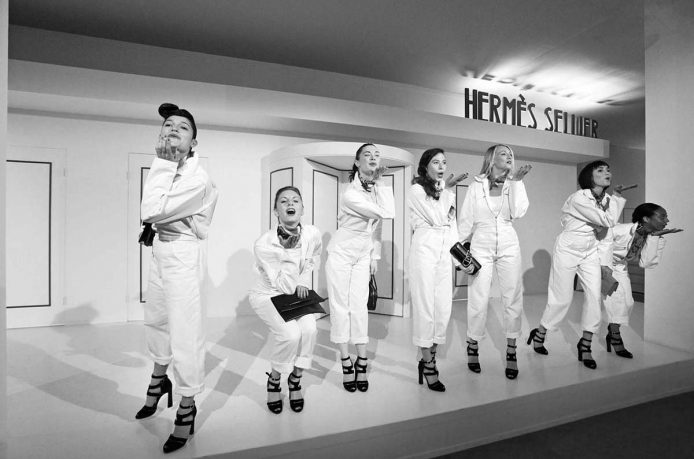 Coinciding with International Women’s Day, and the All About Women festival in Sydney in March – we’ve selected the best talks, exhibitions and events to celebrate, support and champion women throughout the world. Join in the conversation, or listen to others who are making a difference, and reflect on the positive as well as what still needs to change.

All About Women
All About Women returns to the Sydney Opera House on March 6 as a prelude to International Women’s Day on March 8. In its fourth year All About Women is one of Sydney Opera House’s flagship festivals.  It’s a full day of talks and discussions about ideas that matter to women and provides an important platform for women’s voices. Featuring 30 guests from Australia, Canada, France, Mexico, North Korea, Russia, South Africa and the United States, the packed 2016 program co-curated by Danielle Harvey and Ann Mossop explores issues ranging from equality, unconscious bias and violence to the economy, masculinity, female incarceration, Indigenous activism, and the power of the female memoir. This one day event is selling out fast. We recommend grabbing a ticket to Women in the New Economy, What Needs to Change or Unfinished Business.

Women of Letters
In a world of the short and swift, of texts and Twitter, there’s something of special value about a carefully composed letter. In homage to this most civilised of activities, Australian curators Marieke Hardy and Michaela McGuire created the monthly literary afternoon, Women of Letters. The concept is simple; they bring together brilliant creatives, poets and musicians who all pen a letter on a chosen subject and then read it to a group of listeners. Join them and some of our festival guests for a special, All About Women of Letters. Bring your own notepad in case you’re inspired to start scribbling afterwards.

Appearing as part of the All About Women program, Sunday 8 March, 6 – 8pm at Sydney Opera House.

Julie Rrap, Remaking the World
Australian artist Julie Rrap has been particularly concerned with representations of the female body in Western society – adding to the evolving conversation on feminism, particularly through the 1970s. In an interview with Museum Magazine, Rrap commented, “Interestingly though it was while I was participating in numerous [feminist] demonstrations that I noticed the presence of another regular participant who always used to arrive on roller skates wearing a pair of large angel wings strapped to his back as he proceeded to move through the demonstrators. I always saw some magic in the surrealism of this gesture and I think that’s why art as a form of intervention into the world has always seemed to me to be the most open, productive and provocative form of social response and exchange.” Remaking the World is a collection of new works by the artist, featuring photographs, sculptures, projections, video and an interactive piece.

Until 5 March at Roslyn Oxley9 gallery in Paddington.

BNI Ignite Breakfast & Panel Discusiion – Gender Parity in SMEs: Challenges and Opportunities
BNI Ignite is a Sydney based networking chapter dedicated to business owners and professionals who are committed to the philosophy of ‘giver’s gain’. This panel discussion features both men and women, discussing opportunities and challenges when it comes to gender equality in the world of small business.

Friday 4 March, 6.45am – 9am at Royal Automobile Club in Circular Quay.