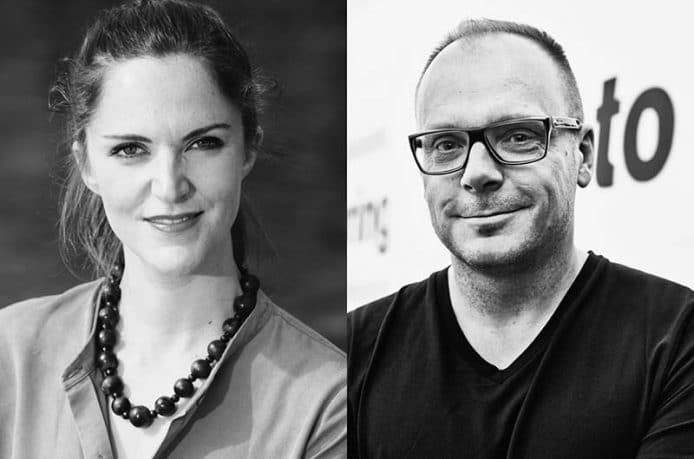 Insight by The Office Space returns in 2016 with a set of new, inspired and intriguing conversations on success within the world of business. Held for the first time in 2015, in the second edition of Success in Business our speakers will discuss their experience, their career and their own personal perspectives on progress and business success in an evolving business world.

Vince Frost, Frost* Collective
Before starting Frost* Design in London in 1994, Vince was the youngest Associate Director at Pentagram. In 2004, he relocated to Sydney and, as Creative Director of Frost* Design, has lead a wide range of projects for clients such as Deutsch Bank, Qantas, Frasers Property, and Sydney Opera House. Vince is an Executive Committee member of D&AD, a member of AGI (Alliance Graphique Internationale, Switzerland), and an Honourary Fellow of ISTD (International Society of Typographic Designers, London).

In 1996, Vince was awarded Designer of the Year at the Chartered Society of Designers, and he has since received numerous creative awards from D&AD, Art Directors Club (New York and Tokyo), The Society of Publication Designers New York and AGDA Australia. Vince’s second book, Design Your Life®, was published by Penguin in November 2014 and is available for purchase at designyourlife.com.au

Michelle Tabet – Independent Urban Strategist
Michelle Tabet is an experienced urban strategist working at the intersection of creative strategy and urban planning. Her role is to work upstream with project leaders to set up the right strategy for large urban projects. Having worked with the design, property and cultural sector extensively over the past 6 years, Michelle’s skills lie in her ability to inject and elicit innovative ideas from the teams she works with, facilitate a process through which a strategy is formed, and then create the leadership capability within the project team to execute on a bold agenda. Michelle has previously worked in a variety of strategic roles for urban and creative companies including Arup, Right Angle Studio and Bates Smart.

In 2014, she began operating independently, establishing her own business and recently engaging her first employee. She is also one of three newly appointed Creative Directors for Australia’s exhibition at the 2016 Venice Architecture Biennale. The winning concept ‘The Pool’ is an exploration of the pools of Australia as icons of our national identity. Her list of past clients includes an impressive array of public and private sector players in the cities sector such as Lend Lease, Mirvac, Arts NSW, Christchurch City Council, Commonwealth Bank, the Department of Manufacturing, Trade, Innovation, Resources and Energy (South Australia), The Arts Centre Melbourne, The University of Tasmania and many more.

Insight by The Office Space is a monthly talk series hosted at the Golden Age Cinema within Paramount House in Surry Hills. Each month, The Office Space selects and invites three inspiring entrepreneurs across various fields including commerce, design and technology to discuss the evolution of their business strategies and brand under a common theme. The objective is to introduce those attending to a broader professional community, and ideally engage and inform them of unique and diverse approaches to business, from a set of leaders in the field. Insight by The Office Space in 2016 will cover a diverse, exciting range of topics, and will be partnering with great events like Vivid Ideas 2016. Stay tuned.