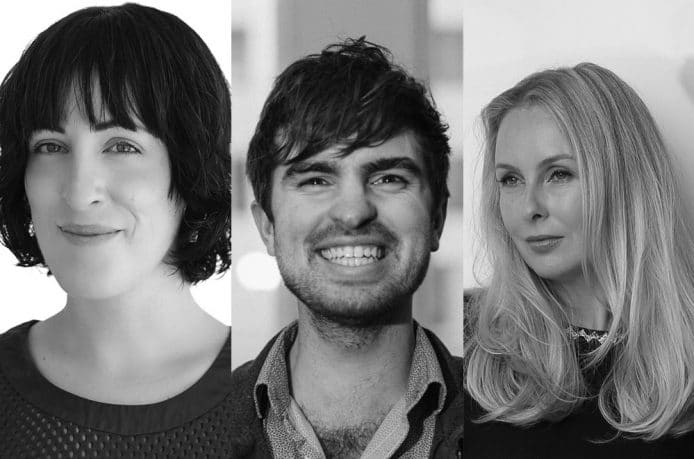 To coincide with the 66th Sydney Film Festival (SFF), and in keeping with the festival’s strong focus on female filmmakers, in June we turn the spotlight on the Australian Film Industry. We have an all-star line up assembled:

About Insight by The Office Space Now in its fifth year of production, Insight by The Office Space is a business talk series that brings together innovative entrepreneurs and business leaders to explore burgeoning topics and reveal the secrets of their success under a monthly theme. Traversing all aspects of business across the fields of design, film, innovation, technology, finance and marketing, the sell-out program has featured speakers such as actor, Susie Porter; dual Archibald-winning artist, Del Kathryn Barton: Qantas industrial designer, David Caon; producer, Jan Chapman; graphic designer, Vince Frost and City of Sydney Counsellor, Jess Scully. Insight continues to push the boundaries by asking the pertinent questions that impact all business decision-makers, be they from small, medium or even the larger organisations, as we face continuous change and new challenges Each month a new Insight theme is explored, delivered and debated. Our 2019 program is as follows:

All sessions start with drinks and light canapes in the Golden Age Bar from 5:30pm with the panel interview 6-7pm. Tickets are $25 + GST per person and include a welcome drink. Insight proudly supports the Sydney Community Foundation (SCF) with full proceeds from ticket sales going directly to the SCF Business Incubator for disadvantaged women. In 2018, the Foundation’s influential “Conversations or Change” event series merges with the popular Insight event program to give greater voice to contemporary issues relevant to all of us who live local in Sydney and beyond.